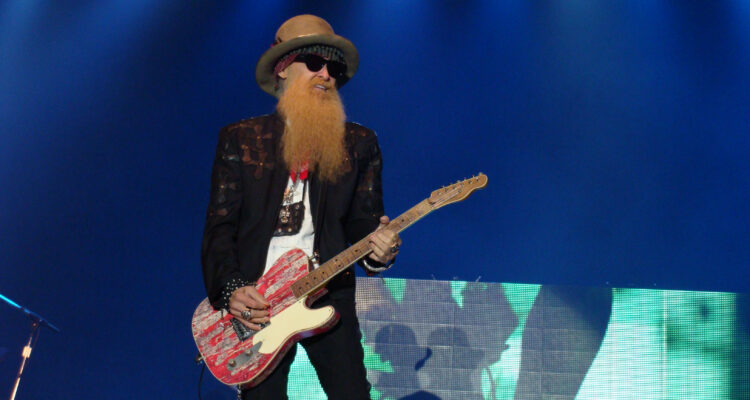 Appearing on his forthcoming album Hardware, former Guns N’ Roses drummer Matt Sorum, who co-produced the album, appears in the promo that was shot in a typical down-and-dirty desert bar. In a quote, Concord Records says, “Billy F. Gibbons wants to take you on a desert trip …. He assembled a band of A-listers, including Matt Sorum (drums) and Austin Hanks (guitar), and traveled to Pioneertown, California, to record the album. Hardware showcases Billy’s guitar talent and vocals, but it also shows him expanding his musical landscape beyond the point where the road ends.”

“We holed up in the desert for a few weeks in the heat of summer, and that in itself was pretty intense,” said Gibbons. “We simply ‘let it rock’ to let off steam, and that is what Hardware is all about. It’s a roaring rocker for the most part, but it’s always respectful of the desert’s inherent mystery…The desert settings, complete with shifting sands, cacti, and rattlesnakes, provides the kind of backdrop that lends an element of intrigue reflected in the sounds created out there,” he continued.