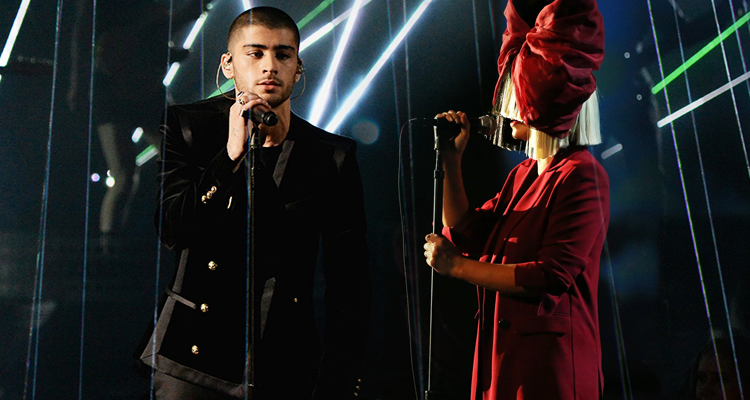 Zayn is back with the video for “Dusk Till Dawn” and its a thinker.

Sporting his fresh buzzed-hair and wearing a sharp grey suit, Zayn follows Kirke’s character through a crowded Chinatown street scene, keeping an eye on her black briefcase until a group of cops confront him as the song’s soaring chorus kicks in.

Following an interrogation from an officer, Zayn is released, only to ride out in his Jaguar with a private investigator in hot pursuit as he sings “I’ll be with you from dusk till dawn/ Baby I’m right here,” in his amazing falsetto.

Check out the full video below.

The moody track is the first single from Malik’s upcoming second album,  co-written by the singer along with Sia and Greg Kurstin, who produced the song.

No release date has been announced yet for Zayn’s highly-anticipated second album, the follow-up to his 2016 solo debut, Mind of Mine, which spawned the hits “Pillowtalk” and “Like I Would.”

“I feel like my songwriting definitely developed, just because I’ve been doing it so much,” Zayn said in an interview. “I feel like the songs are a bit more organized, where I felt like, before, that Mind of Mine was a brainstorm … This one is more thought out. I had more time to process everything and go through it all.”

Let’s hope the rest of the songs are just as good as this one.