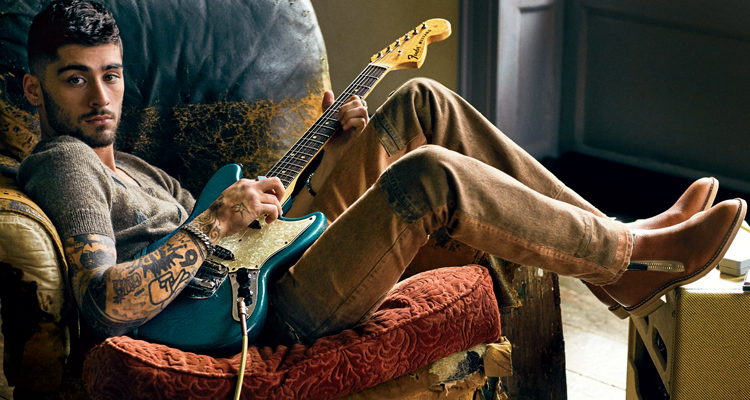 Zayn Malik Has Been Living On A Farm All Summer

You probably haven’t seen much of Zayn Malik out and about lately. Turns out it’s he’s been living on a farm in rural Pennsylvania.

In a new profile with Billboard, the usually media-shy Malik was candid about his need to decompress outside of the public eye and live that temporary life of simplicity.

“[The farm] is just out of the way and feels grounded,” he told Billboard. “There’s not a lot of things around. I do a lot of farm work.”

It’s no secret the 24-year-old pop star wasn’t living the healthiest life, often stressed and not eating for days on end, he is in a much better place now — and that positivity also includes putting in work.

“I’m taking things at my own pace, eating well, not going too crazy,” former 1D member said. “Making sure we have dinnertime.”

Malik reckons he fancies the farm life so much because it reminds him of his hometown in England’s countryside, and he’s had a “rotating group of friends, family, and collaborators” join him in Pennsylvania since day one to revel in the laid-back lifestyle.

This elite Farm Crew includes everyone from his parents to his music associates to his girlfriend, Gigi Hadid. Or as he puts it about his lady love: “It helps that she’s really organized. Thank God! Because I’m really not, so she helps organize my ­schedule around seeing her.”

Zayn also discussed his dealing with anxiety and his new album. Read the full spread on Billboard here.