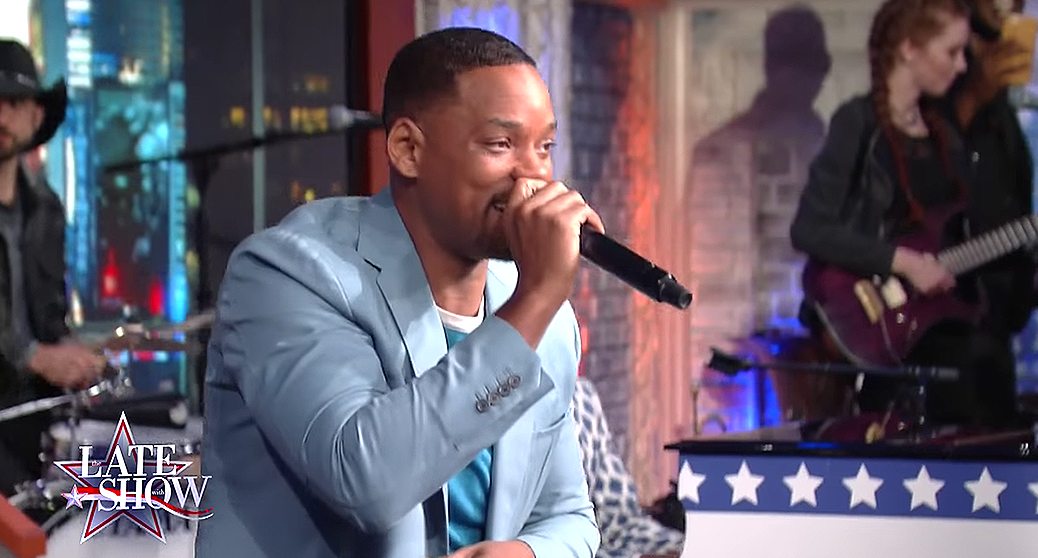 Will Smith stopped by The Late Show with Stephen Colbert last night and gave a throwback performance of his nostalgic hit single “Summertime.” The actor/musician was a guest on the late night show promoting his latest film Suicide Squad in which he portrays the DC Comics supervillain Deadshot. But when they began playing his season jam, Smith just couldn’t resist getting in on the action.

Written in 1991 by Smith’s hip hop duo DJ Jazzy Jeff & The Fresh Prince, “Summertime” was the lead single off their fourth studio album Homebase. The song broke new ground for the Fresh Prince, earning him a grammy for Best Rap Performance in 1992, topped the US Hot R&B/Hip-Hop Songs chart, and reached number 4 on the Billboard Hot 100. Relive the 90’s by watching Will Smith perform the single below.

Will Smith gives an impromptu performance of his hit single ‘Summertime’

Still glad it’s ‘Summertime?’ Let us know by shouting out your favorite Will Smith song in a comment on our official Facebook page.