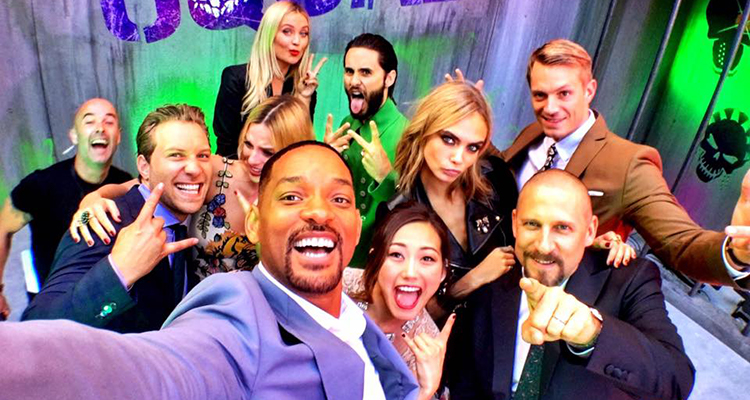 Will Smith ‘Got Jiggy With It’ at the Suicide Squad Block Party, performing his 1997 hit “Miami.” The event was held in the titular city’s Wynwood District in order to promote the film. In attendance were Smith’s co-stars Margo Robbie, who plays Harley Quinn, and Karen Fukuhara, who plays Kitana. We even get an added bonus of seeing Jay Hernandez and Director David Ayer dancing in the background as well.

Despite Smith’s villainous portrayal of the character Deadshot in the DC Comics film, the actor/rapper, known for his successful roles in TV’s Fresh Prince of Bel-Air and the Men In Black film series, put everyone in a lighthearted mood with his performance of “Miami.”

Ignoring the grimness the film’s title evokes, it was all smiles at the party in Miami where the heat was on, all night, on the beach, ’till the break of dawn.

Suicide Squad will premier in New York City on August 1 and see a worldwide release of August 5. Be sure to catch the movie in theaters. Watch the video below.

Were you a 90’s kid? What’s your favorite Will Smith song? Hit us up on our Facebook and let us know!