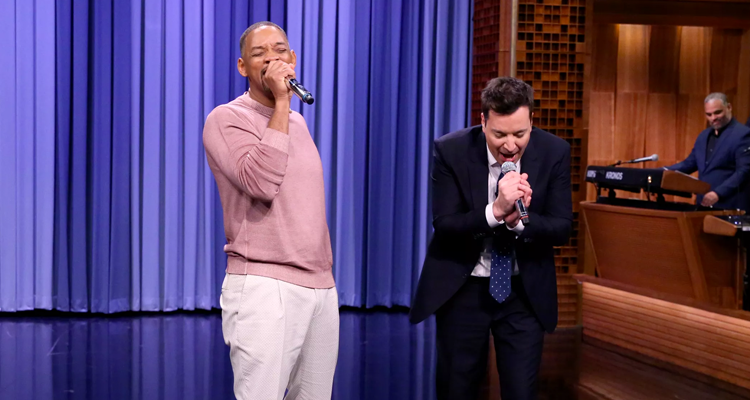 Will Smith and Jimmy Fallon educated Tonight Show viewers with a “History of TV Theme Songs” on Thursday night.

During the medley, nearly a dozen sitcom theme songs were covered, including Martin, Full House, Diff’rent Strokes and, of course, The Fresh Prince of Bel-Air, which was performed in its entirety by Smith, Fallon and the Roots. Seventies sitcoms like Three’s Company, The Jeffersons and Good Times were also briefly featured in the set, which was a spinoff of an act that Fallon and Justin Timberlake frequently deliver. Watch below.

This wasn’t the first time that Smith and Fallon got together to make music. In 2015, the two performed a rendition of Rob Base and DJ E-Z Rock’s classic “It Takes Two” using an iPad beatbox app. The following year, Smith returned to the show and promised that the Fresh Prince and DJ Jazzy Jeff would embark on a 2016 world tour, although that promise never came to fruition. Eight months later, Smith appeared on The Late Show and performed his hit “Summertime.”