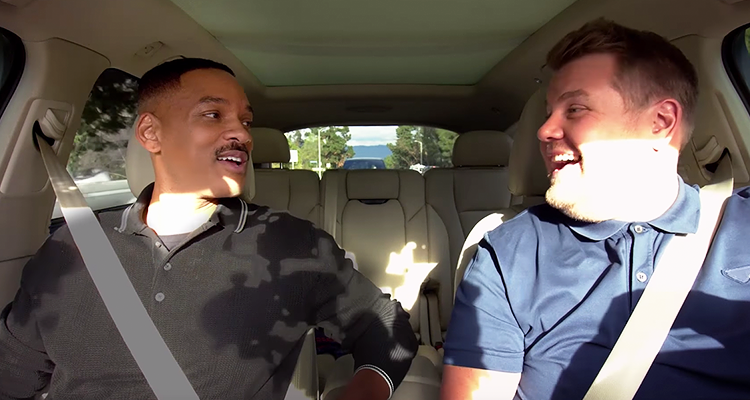 The Late Late Show host’s wildly popular spin-and-sing segment has now jumped to Apple Music with “Carpool Karaoke: The Series,” which premiered overnight with Will Smith in the passenger seat.

Will Smith is a “Karaoke” producer’s dream. Here’s a guy who works well with others, the camera adores him and he just loves to rip out his hip-hop tunes. And those tunes got a workout in episode one as Smith and James Corden blasted “Gettin’ Jiggy Wit It” and “Boom! Shake the Room.”

You may be wondering what’s changed with this new show? Well, Corden clearly has a budget to play with. The British comic shows us the money in a sequence where he enlists the help of a marching band to “fill out the sound” of “Gettin’ Jiggy Wit It.”

The two also talked about the first rhyme Smith ever wrote and how he was the most popular kid his last 30 days of high school as one of his songs was on the radio.

Catch the first six minutes of the premier of Apple Music’s “Carpool Karaoke: The Series” below.