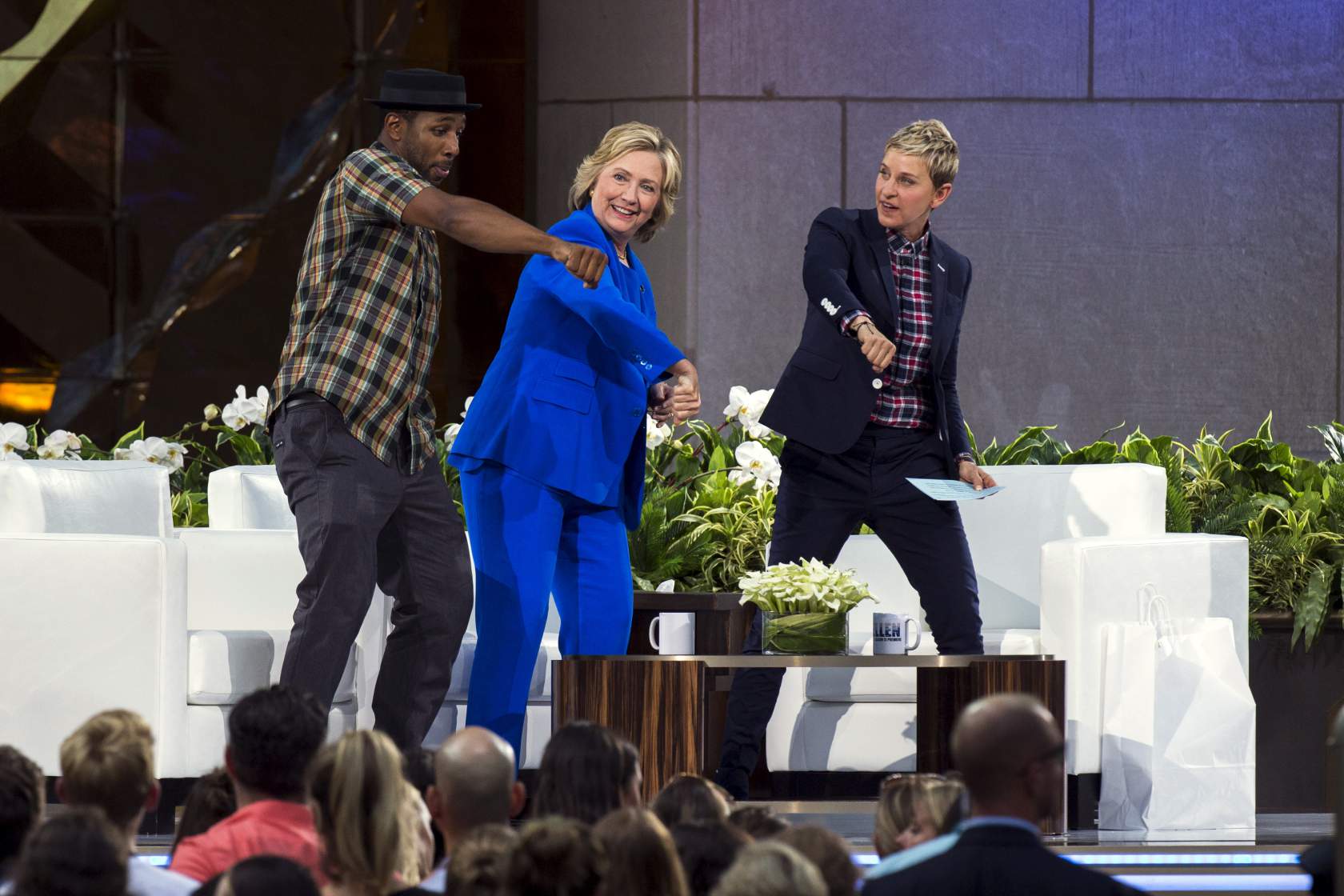 With Donald Trump hogging the majority of television airtime, it’s nice to see Hillary Clinton get the spotlight for a moment or two if only to break the flow. The Democratic presidential candidate was on set for The Ellen Degeneres Show on Tuesday where she discussed several topics such as the controversial use of her private email account while she was secretary of state.

The mood soon lightened once Ellen’s DJ taught Hillary how to do the Nae Nae dance in Rockefeller Center.

While her moves may not be fully on point at 67 years old, Clinton wittily told Ellen, “The way I look at it, I would be the youngest woman elected president.”