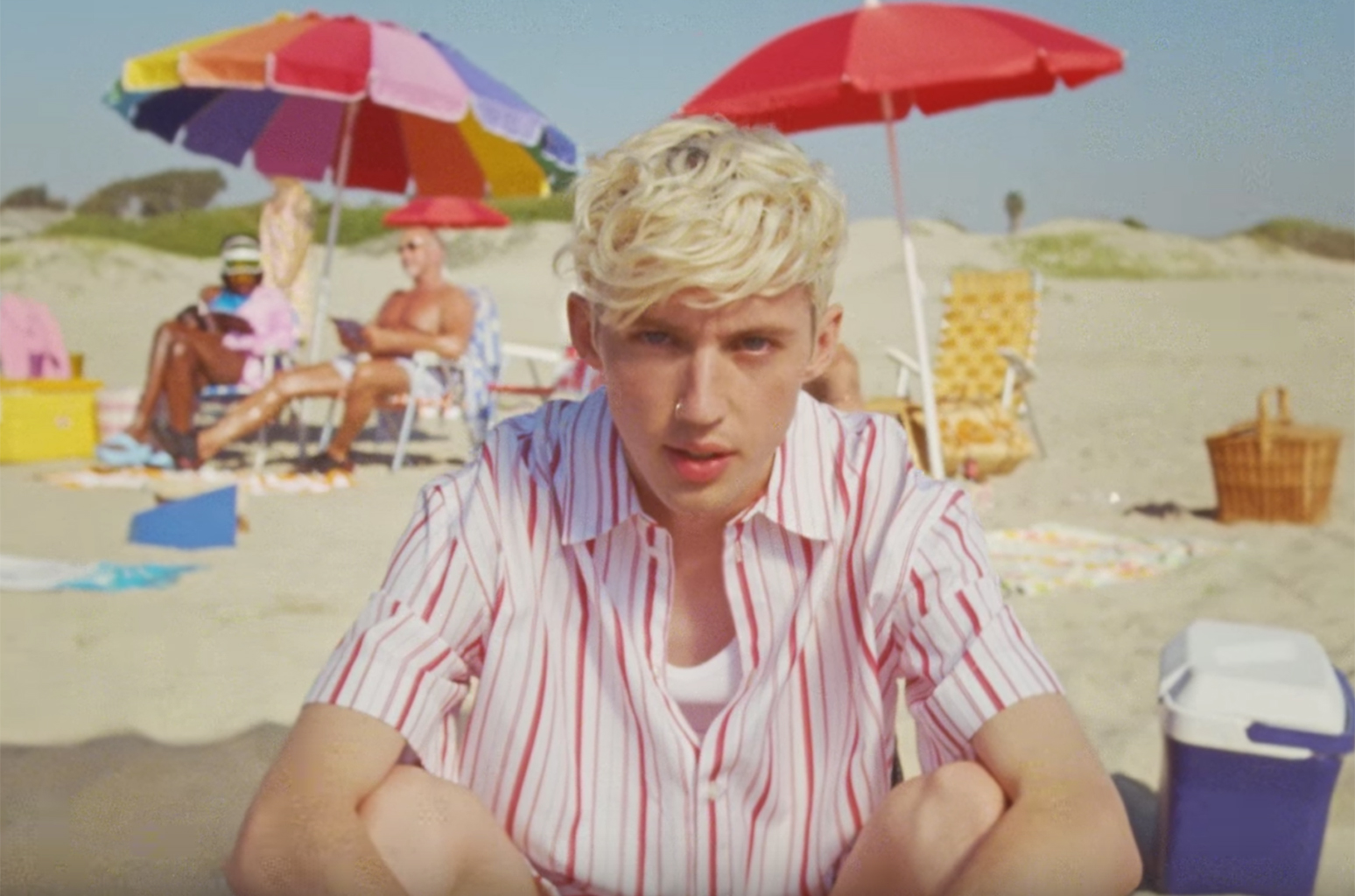 Troye Sivan Gets Romantic On The Beach In 'Lucky Strike' Video: Watch

Troye Sivan Gets Romantic On The Beach In ‘Lucky Strike’ Video: Watch

For those affected by the Winter blues, Troye Sivan has exactly what’s needed. His new video for the Universal Music-released “Lucky Strike” chronicles a romantic romp on a sunny beach.

The visual opens with Sivan sitting alone with a cooler, lusting over a tattooed bartender. The South African-born singer then gathers his confidence, orders “just… whatever” and his potential beau seductively stirs up a cocktail, squeezing what appears to be the 23-year-old’s heart into the cherry-colored concoction, confirming their connection. Following the bar rendezvous, the “My, My, My!” artist and his new crush wade into the ocean, consisting of sparkling red waves.

Sivan used the YouTube Premiere Page chat feature to debut the video, allowing him to connect to over 17,000 fans who tuned in for the drop as they viewed “Lucky Strike” for the first time. Watch the clip for the Grammy-nominated artist’s track below.

Emma Westenberg, the director of the film, was also the force behind Janelle Monáe’s Grammy-nominated video for “Pynk.”