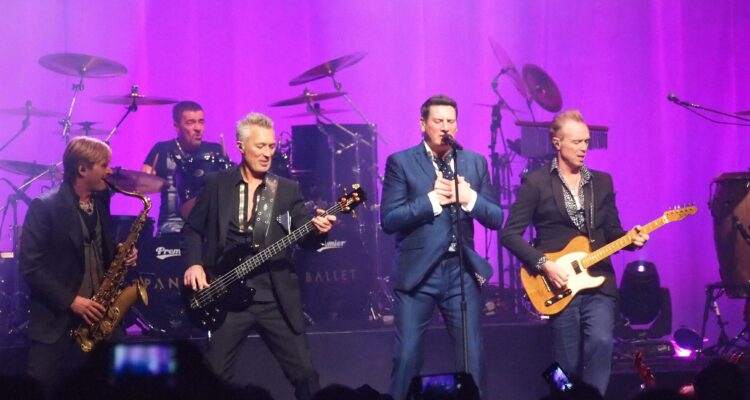 If Spandau Ballet was still together as a band, Tony Hadley would be celebrating his 40th year in music.

Despite ex-bandmate and songwriter Gary Kemp‘s appeals to rejoin the legendary New Romantic trio – which also included Martin Kemp, Steve Norman, and John Keeble – the 61-year-old artist, who left the act as lead vocalist in July 2017, wants nothing to do with it, confessing that it’s a “shame” he won’t be able to commemorate the milestone with his former band (as Tony Hadley prepares for his forthcoming tour honoring [his own] four decades in the music profession.)

Hadley told the Wired section of the Daily Star newspaper: “It’s a pity because I’m commemorating my 40th year in the music profession, but if Spandau had stayed intact, we would have done it together. But such is life. “You reach a point in life where you don’t need the angst, so I simply go out and have a good time. “It would be great if they were questioned, “Why did Tone truly leave?” That’s how I see it: it’s for them to say they began it.”

In 2019, Gary’s brother, Martin Kemp, stated that Spandau will not resume until Hadley rejoins the band. “Until Tony returns… until the five of us return. It isn’t just Tony; it is all of us. Listen, my band is really volatile; one minute we’re best friends, the next we’re feuding; it’s always been like this. “It is a part of me, a part of my spirit, and I would love for it to happen. However, it necessitates all five of us agreeing at the same moment.”

The original lead vocalist for such timeless Spandau Ballet classics as “True” and “Gold”, who was briefly replaced as lead vocalist by Ross William Wild in 2018, sets off his extended solo tour on March 1 in Bexhill, East Sussex. Fans can anticipate some oldies in addition to Spandau’s greatest songs with Tony stating “I’ll perform all the hits, but I might branch out, like when I was 16 and sung my first song at Pontins vacation camp. “The songs that I sang at a rehearsal studio before Spandau became Spandau, maybe some classic R&B songs as well.”