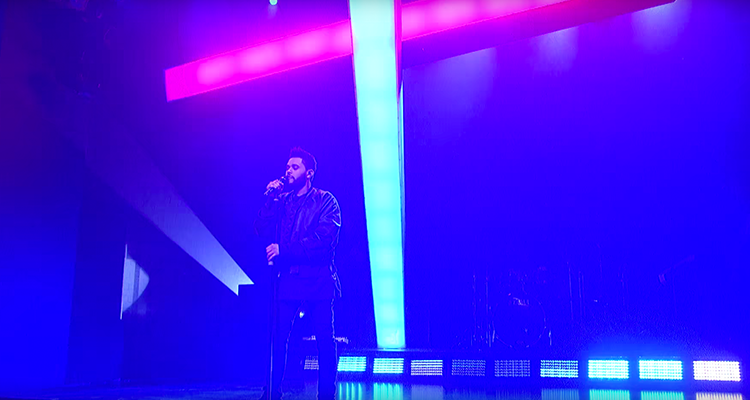 The Weeknd appeared as musical guest on the premiere of the 42nd season of Saturday Night Live.

Abel Tesfaye, appeared on the show alongside host Margot Robbie and performed his two recently released singles. As was expected, Tesfaye opened with his buzzing Daft Punk collaboration “Starboy,” while following up with the 80’s-induced “False Alarm.” And unfortunately the French robotic duo did not make an appearance like we had all hoped.

Watch both performances below.

Tesfaye also made an appearance during SNL’s Weekend Update segment, appropriately dubbed as Weeknd Update, to deliver news about his new hairstyle. “I got a haircut,” he reported.

The Canadian singer recently released the official music video for “Starboy” in which he kills his former self and goes on a rampage destroying his own home with a neon red cross. In both the visual and his SNL appearance he sports a new look, ditching his signature dreadlocks.

Starboy will be the third studio album from The Weeknd and will be released on November 25 through Republic and XO Records.