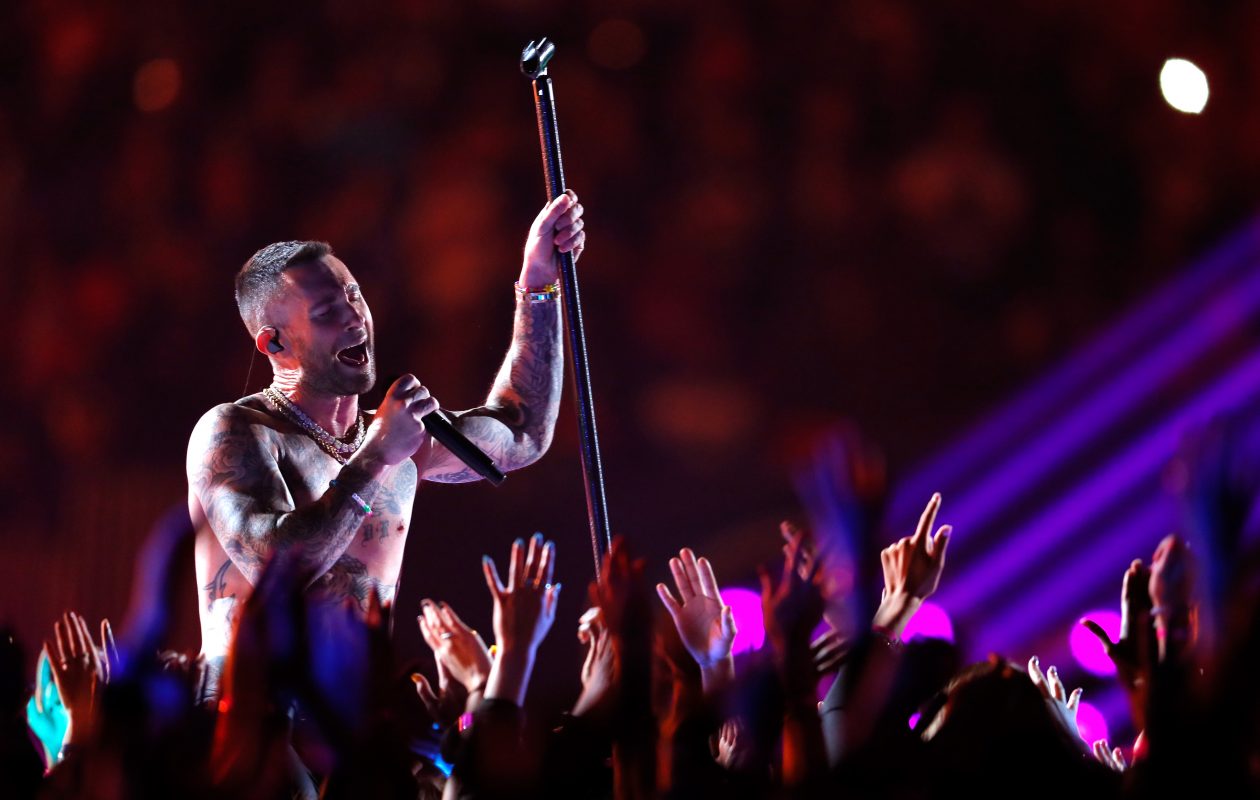 Super Bowl Performances Stay Clear Of Controversy And Stick To The Music: Watch

Super Bowl Performances Stay Clear Of Controversy And Stick To The Music: Watch

Last night’s Super Bowl included multiple disappointing performances that were far from the experiences fans had become accustomed over the past few years. With the kneeling dispute happening outside of the stadium, the artists inside, which included Motown legend Gladys Knight, Maroon 5 and Travis Scott, presented the music, free of politics.

To kick off the night, the Empress of Soul delivered a beautiful rendition of the Star Spangled Banner. Stating that she aimed to “give the anthem back its voice,” and “to stand for that historic choice of words, the way it unites us when we hear it,” Knight’s performance was nothing short of anthemic!

With a medley of their biggest throwback hits, including “This Love,” “She Will Be Loved” and “Moves Like Jagger” and more recent singles like “Girls Like You,” the Grammy-winning, Maroon 5, 14-minute set was lackluster. And halfway through live exhibition, the camera cut to an intro of Spongebob’s “Sweet Victory,” at which point Travis Scott made his entrance to recite his smash hit “Sicko Mode.”

Last up was a quick cameo by Atlanta native Big Boi, who rolled in with a convertible, wearing a large fur coat as he performed Outkast’s 2003 song, “The Way You Move.”