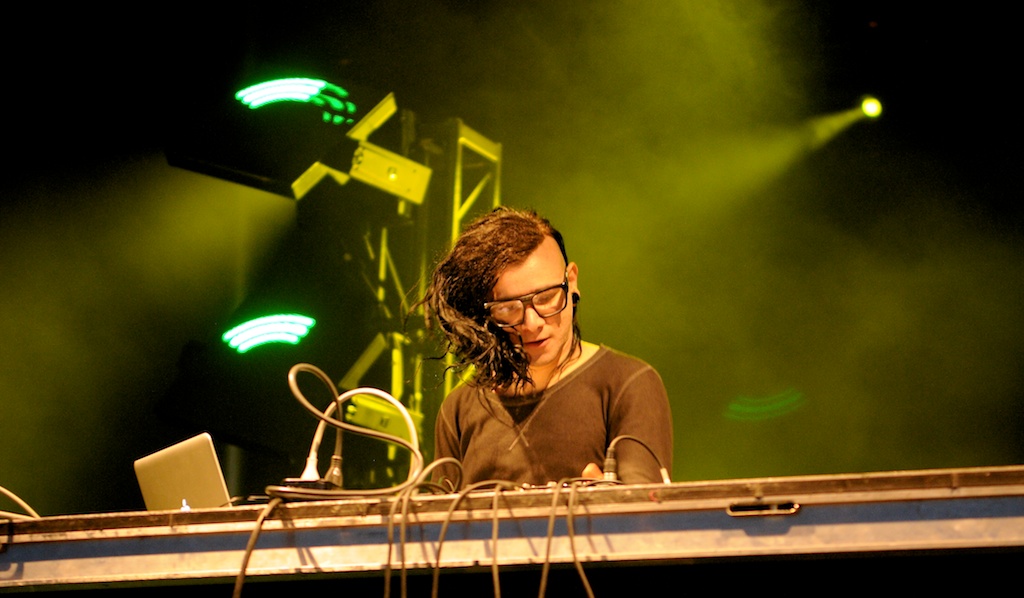 As fans gear up for at least one new project from dubstep pioneer Skrillex, rumors of potential collaborations include a Avril Lavigne appearance as the two artists were recently captured in a video. Though the clip depicts only a casual hang not shot in a studio, ardent Skrillex fans have suggested that the two acts could be working on a project behind the scenes.

At minimum, Skrillex followers have anxiously awaited a new album for quite some time and the recent Lavigne sighting is the latest in a string of deejay/producer sightings that’ve found the OWSLA founder alongside fellow artists like Incubus’ Mike Einziger, The Beach Boys‘ Bruce Johnston, The Beastie Boys’ Mike D, Tech N9ne, and others. Known for his high-powered and well-received collabs with a variety of artists in and outside the EDM space, creations with any of the aforementioned talent would give rise to some interesting musical alliances.

Whether or not this latest joint appearance with Avril Lavigne does, in fact, prove a forthcoming collaboration, check out the two spending time together here.