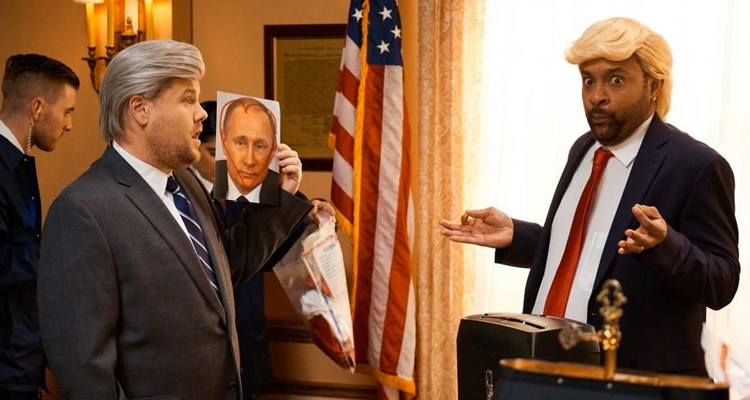 The “Late Late Show” host recruited Shaggy himself to help film the video, and the duo played Mueller and Trump respectively. The two locked in a back-and-forth over lurid dossiers, “witchhunts,” Vladimir Putin and incriminating emails. The new lyrics touch on Trump’s diet, the firing of FBI Director James Comey and Stormy Daniels, the adult film actress with whom the president is alleged to have carried out an extramarital affair.

The video ends with Trump in handcuffs, and with a knock at oft-forgotten youngest daughter Tiffany. Watch the parody below.

18 years in the making, the first trailer for #The