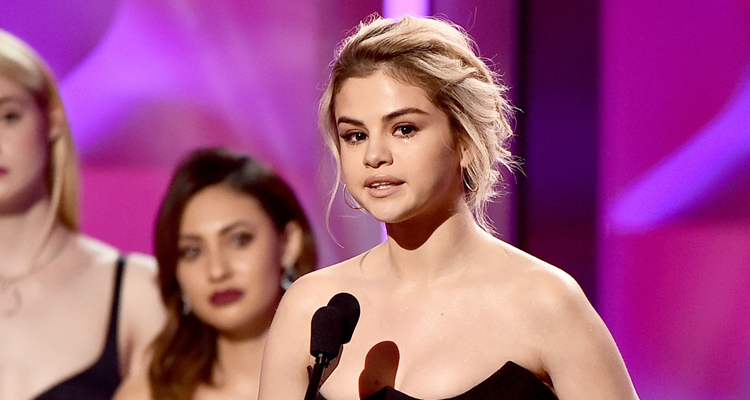 Selena Gomez Speaks About The Effects Of Social Media On Mental Health: Watch

Many people know the negative effects that social media can have on users, but sometimes the message has to come from Selena Gomez to sink in.

The singer/actress, who has more than 150 million Instagram followers, recently told an audience at the 72nd annual Cannes Film Festival, “Social media has really been terrible for my generation. I understand it’s amazing to use your platform, but it does scare me when you see how exposed that these young girls and young boys are and they’re not really aware of the news or anything going on.”

Furthermore, when questioned about whether there should be some regulation of Facebook, Twitter, Instagram and other tech giants – like what Facebook co-founder Chris Hughes recently wrote in a New York Times op-ed – the “Wolves” songstress said it might be too late to turn back time. “I think it’s pretty impossible to make it safe at this point, there’s no blocking anything, they’re exposed to it,” she noted, adding that she loves her 150 million followers, but has learned to put limits on what she shares. Watch Gomez elaborate on her point in the video below.