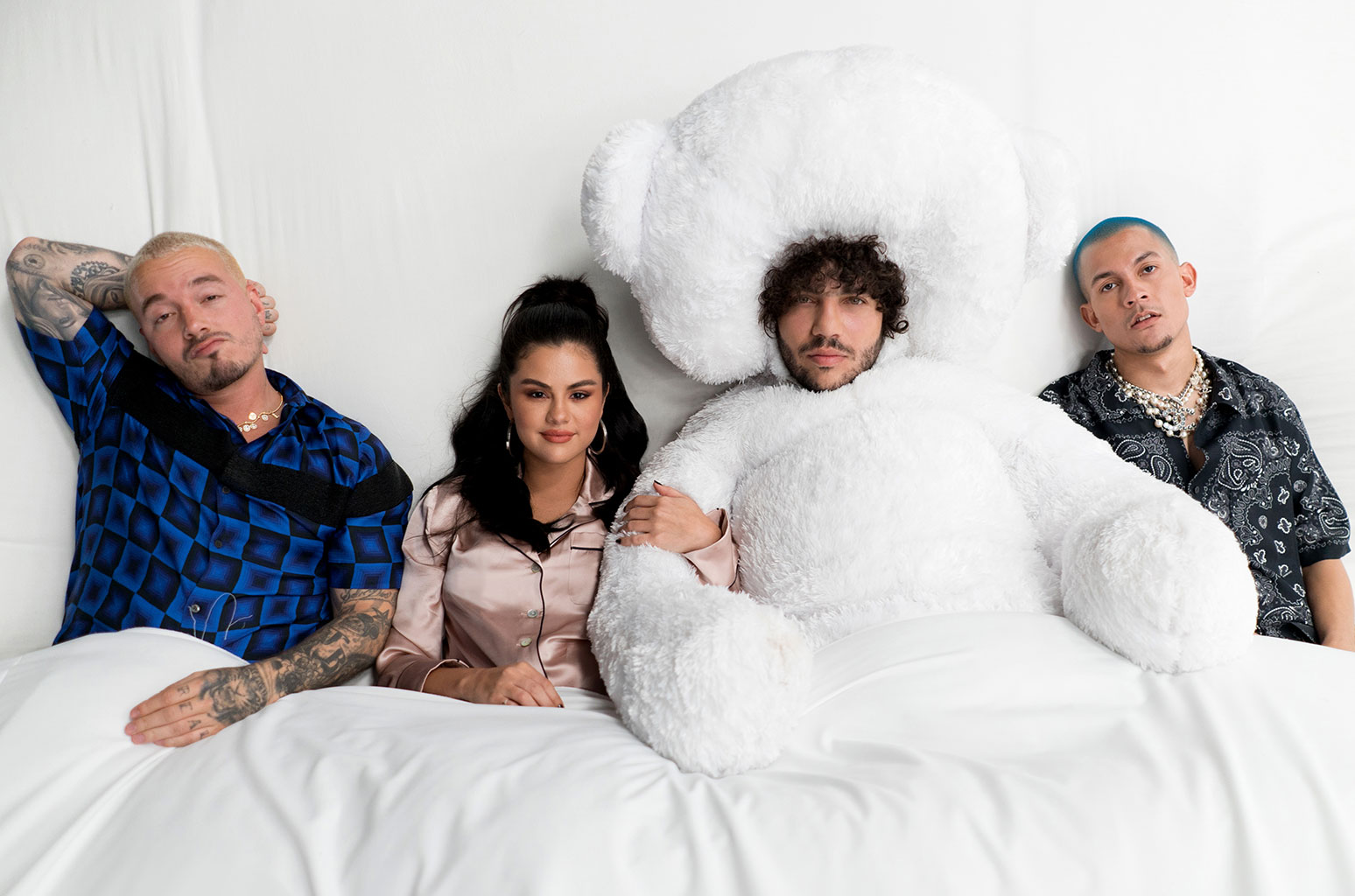 Selena Gomez + J Balvin Have A Slumber Party In 'I Can't Get Enough' Video: Watch

Selena Gomez + J Balvin Have A Slumber Party In ‘I Can’t Get Enough’ Video: Watch

Less than two weeks ago, Benny Blanco, Tainy, Selena Gomez, and J Balvin unveiled their new collaboration “I Can’t Get Enough,” and now, they’ve blessed fans with its official music video. The 26-year-old singer announced the news Monday afternoon along with Blanco (March 11th) who said “They let me be the intern on this video. It’s out tomorrow.”

The Interscope Records-released track is an infectious fusion between chill electronic vibes and fiery Latin flavors. With lyrics such as “no one’s gotta know, we can keep it lowkey” and “keep your body on me,” this new effort is reminiscent of early 2000’s R&B. The clip itself sees the four artists singing and dancing on a huge bed with Gomez, Balvin, and Tainy rocking silky pajamas while Benny is in a teddy bear costume. Check out the visual below.

Blanco and Tainy began working on the sensual urban-pop track in December of 2018 but quickly recruited the Colombian Reggaeton artist and Mexican-American pop star to add the final touches to their catchy tune.