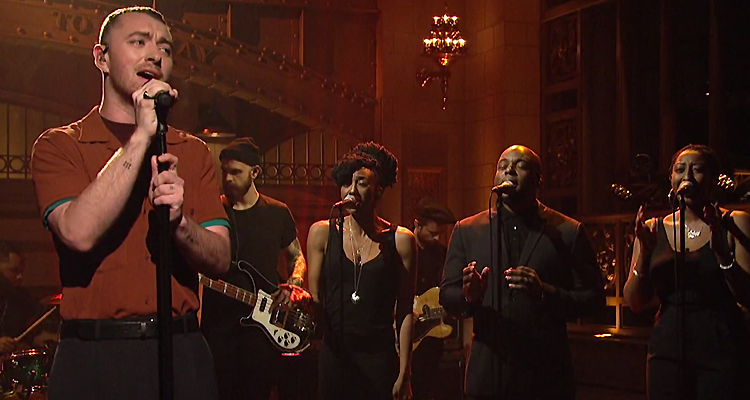 Sam Smith, who recently opened up to Billboard about everything from his relationship status to his penchant for sad songs, took the SNL stage this past Saturday and played two songs from his sophomore effort, The Thrill of It All.

Introduced by host Gal Gadot, the British soul singer delivered album lead single “Too Good at Goodbyes,” as well as his new collaboration with Timbaland, “Pray.”

The performance below is the singer’s third appearance at Studio 8H: In addition to singing a pair of tracks on a Louis C.K.-hosted episode in 2014, Smith returned the following year as a surprise vocalist when Disclosure were the musical guests.

Jason Aldean cold-opened Saturday Night Live with a somber, powerful performance of “I Won’t Back Down” that also paid tribute to the late Tom Petty and the 58 lives lost after the Route 91 Harvest music festival.