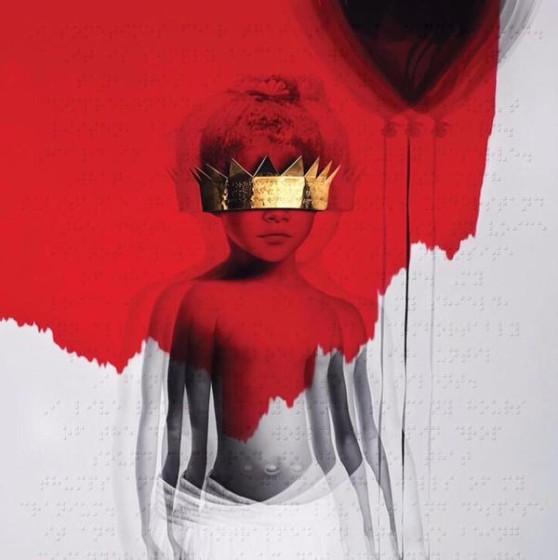 Rihanna has been the center of media attention these past couple of months. In July she dropped the visual for “Bitch Better Have My Money“, shortly after she covered The Fader‘s 100th anniversary issue followed up by gracing the cover story for Vanity Fair.  All along though we’ve been wondering about her next album. Now, it finally looks like we have some news.

Last night, RiRi held an intimate party in Los Angeles, where she disclosed some information regarding her eighth studio album, titled ANTI. The forthcoming album has still yet to receive a release date, but its front and back artwork was revealed. Contemporary artist Roy Nachum and inlay designer Chloe Mitchell have inscribed seven poems into the LP artwork in braille. They will accompany an equal number of oil paintings by Nachum. Take a look at the artwork below, courtesy of The FADER.

There are Braille translations of the interior artwork for @rihanna‘s 8th studio album packaging #R8 pic.twitter.com/mX7Rdgru2D