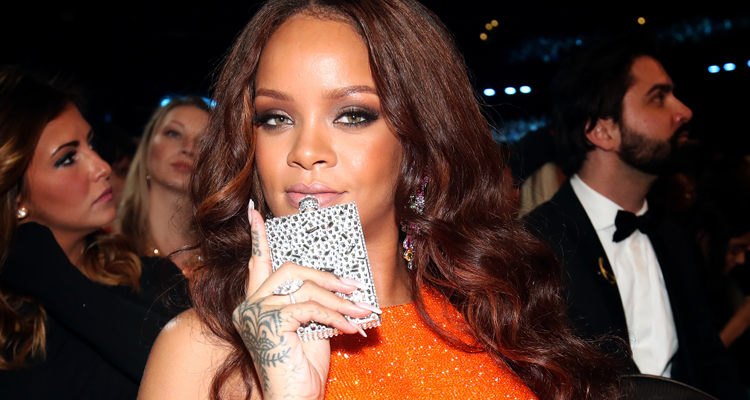 Rihanna Explains Why She Turned Down The Super Bowl Halftime Show

Rihanna Explains Why She Turned Down The Super Bowl Halftime Show

As Rihanna graces the November cover of Vogue she spoke about her forthcoming album, her relationship status, and why she turned down the opportunity to be the NFL’s halftime performer during last years Super Bowl.

Though the 31-year-old didn’t address a specific release date, she expanded on the overall concept of her upcoming project by saying “I like to look at it as a reggae-inspired or reggae-infused album. It’s not gonna be typical of what you know as reggae. But you’re going to feel the elements in all of the tracks,” she said. “Reggae always feels right to me. It’s in my blood.”

So proud to be on another cover of @voguemagazine wearing my own designs from @FentyOfficial !!! On stands October 16th!
Photographer: @ethjgreen
Fashion Editor: Tonne Goodman
Hair: @yusefhairnyc
Makeup: Kanako Takasehttps://t.co/ARYg5Fmufj pic.twitter.com/LU9TEe1NEh

As far as last year’s Super Bowl, the mega-talent confirmed that she denied the NFL’s offer in order to stand in solidarity with embattled former NFL backup quarterback Colin Kaepernick. “I couldn’t dare do that. For what? Who gains from that? Not my people,” RiRi stated. “I just couldn’t be a sellout. I couldn’t be an enabler. There’s things within that organization that I do not agree with at all, and I was not about to go and be of service to them in any way.” The songstress joins a large group of artists who are boycotting The League for similar reasons.