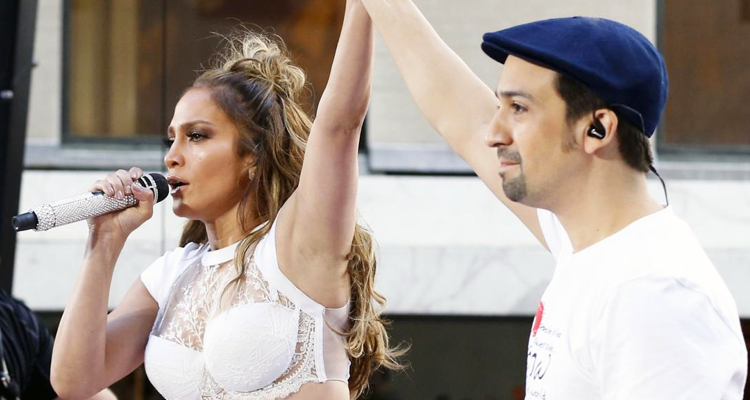 Lin-Manuel Miranda, the man behind the hit musical “Hamilton,” was on a family vacation in Austria when Hurricane Maria hit Puerto Rico, the island where his parents were born and where he spent many summers growing up.

He immediately thought of what he could do to help the people of the devastated island. Two weeks later, what started as a casual freestyle turned into “Almost Like Praying,” an upbeat charity single featuring a lineup of Latin artists from across genres and generations, including Jennifer Lopez, Gloria Estefan, Fat Joe, Luis Fonsi, Rubén Blades, Camila Cabello, John Leguizamo, Rita Moreno and Marc Anthony.

The track was released late Thursday across digital music download and streaming services, with all proceeds benefiting hurricane recovery in Puerto Rico, where at least 34 people have died and millions are still without electricity, food and clean water.

This song came at the same time that Miranda defended his country against the words of Donald Trump when he claimed that Puerto Ricans “want everything to be done for them.” To that, the singer tweeted back at the President:

You're going straight to hell, @realDonaldTrump.
No long lines for you.
Someone will say, "Right this way, sir."
They'll clear a path. https://t.co/xXfJH0KJmw

It’s amazing to see so many people pitching in to help Puerto Rico when even the President of the U.S. won’t put much effort into rebuilding efforts. Let’s hope more artists help out so we can get Puerto Rico back on its feet.