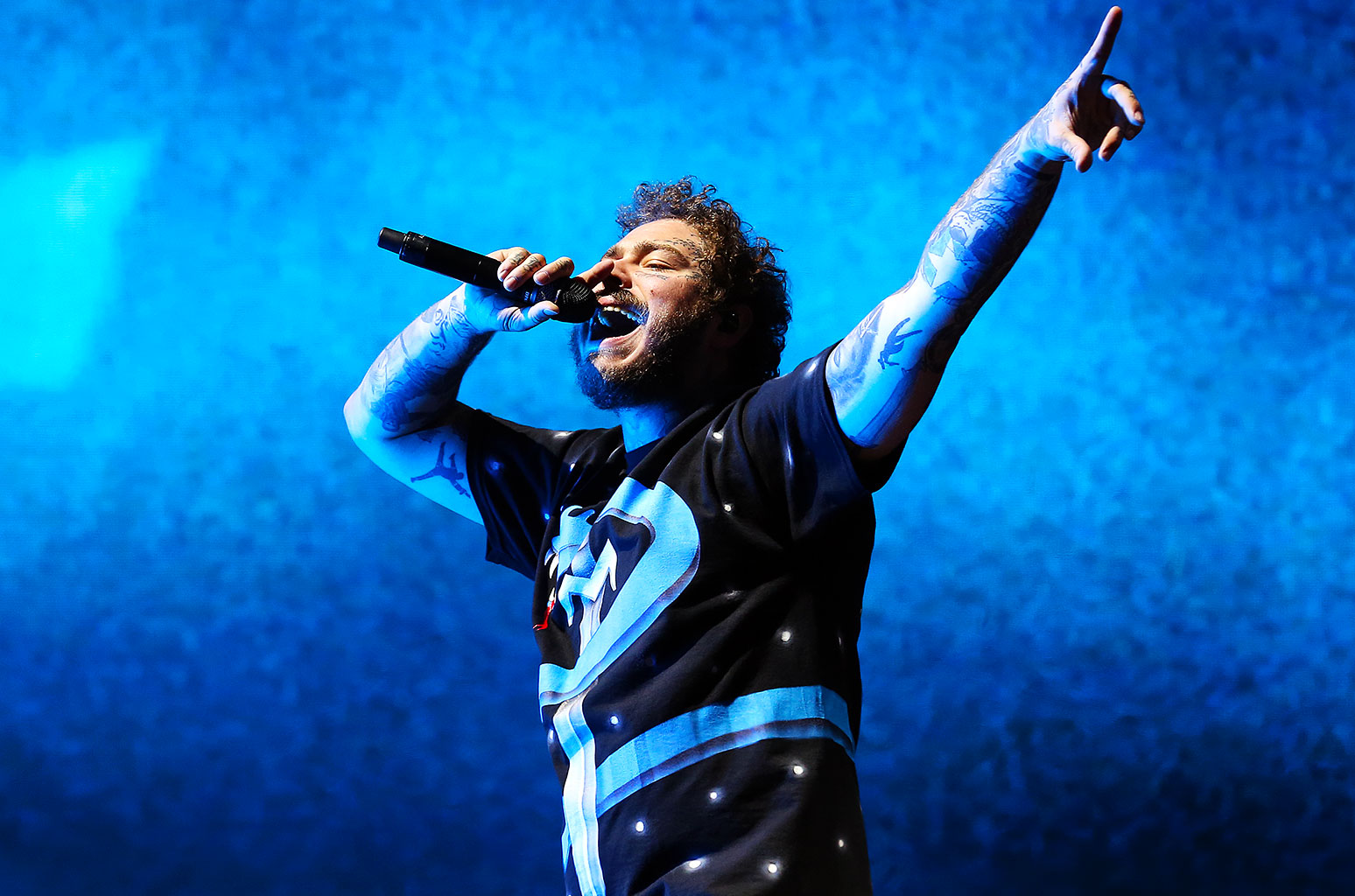 The Universal Music-signed project features previously released singles “Circles,” “Sunflower” with Swae Lee and “Goodbyes” with Young Thug. The 10 guest spots feature Da Baby on “Enemies,” Halsey and Future on “Die For Me,” Meek Mill and Lil Baby on “On The Road,” Ozzy Osbourne and Travis Scott on “Take What You Want” and SZA on “Staring At The Sun.” The full length effort ranges from heavy trap to Malone’s signature slow and haunting tracks of autotune-assisted heartbreak.

Hollywood’s Bleeding follows 2018’s Beerbongs & Bentleys, which debuted at #1 on the Billboard 200 chart, earning 461,000 equivalent album units in the week ending May 3rd, according to Nielsen Music. Listen to the latest from Post Malone in the form of his fresh new collection below.