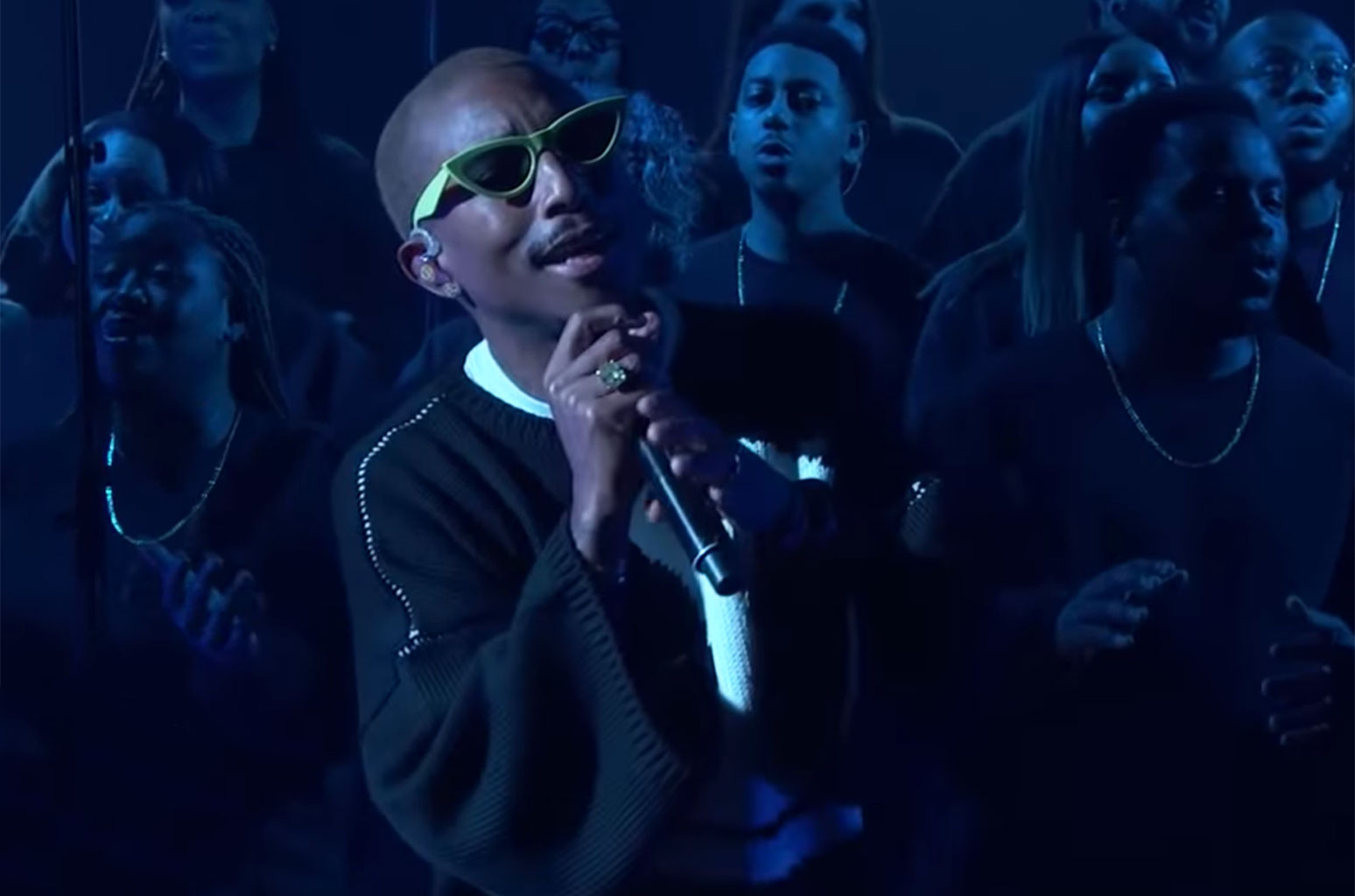 Pharrell served as the musical guest for Monday night’s (January 6th) episode of Jimmy Kimmel Live! and the 46-year-old along with his choir unleashed another heavenly performance of 2019’s “Letter to My Godfather.”

Williams took the dimly-lit stage in front of the roaring choir, wearing matching black attire, but P’s lime-green sunglasses stood out as the singular fashionable accessory. He eased into the first verse “We have to love him now/ While he is still here/ For all that, all that he’s done/ Before the moment disappears” as his accompaniment provided staccato vocals.

The touching Epic Records-released tune originally appeared on Netflix’s The Black Godfather and is his ode dedicated to legendary music executive Clarence Avant.

And 2020 is shaping up to be another jam-packed year for Pharrell as his Something in the Water Festival is set to return to his hometown of Virginia Beach for the second consecutive year in April, boasting performances from names such as Post Malone, A$AP Rocky, the Migos, and more.