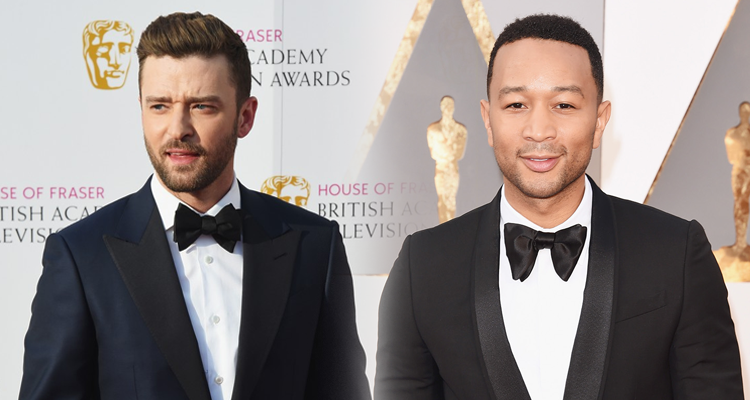 While La La Land stars Emma Stone and Ryan Gosling won’t be performing, some big names have been lined up to showcase their musical chops at this Sunday’s 2017 Oscars.

Justin Timberlake will perform “Can’t Stop The Feeling” from the movie Trolls, which is nominated for Best Original Song. JT who portrays Branch in the animated film co-wrote the Max Martin produced track, whose music video features his mom, co-stars Anna Kendrick, Gwen Stefani, James Corden, Kunal Nayyar, Ron Funches and Icona Pop. It is unclear if any of them will join him on stage.

Grammy winner and La La Land star John Legend will take the stage to sing both “Audition (The Fools Who Dream)” and “City of Stars,” which Stone and Gosling perform in their musical film. Both tracks are nominated for Best Achievement in Music Written for Motion Pictures, Original Song. Legend is not nominated for an Oscar this year. He and Common won Best Original Song in 2015, for their track “Glory” from Selma.

Grammy winner Sting will perform “The Empty Chair” from Jim: The James Foley Story. The singer co-wrote the song, which is nominated for an Oscar, with three-time Oscar nominee J. Ralph.

Hamilton’s Lin-Manuel Miranda, will perform his Oscar-nominated song “How Far I’ll Go” from Disney’s animated film Moana. He will be joined by co-star and 16-year-old actress Auli’i Cravalho, who made her big screen debut by portraying the title character in the film. If the song wins the Oscar, Miranda will achieve EGOT status. He has won Tonys for Hamilton and his musical In the Heights, earned two Grammys for both shows and was awarded an Emmy in 2014 for co-writing a song for the Tony Awards.

The 2017 Oscars will air live on ABC on Sunday at 7 p.m. ET / 4 p.m. PT from the Dolby Theatre in Hollywood hosted by Jimmy Kimmel.