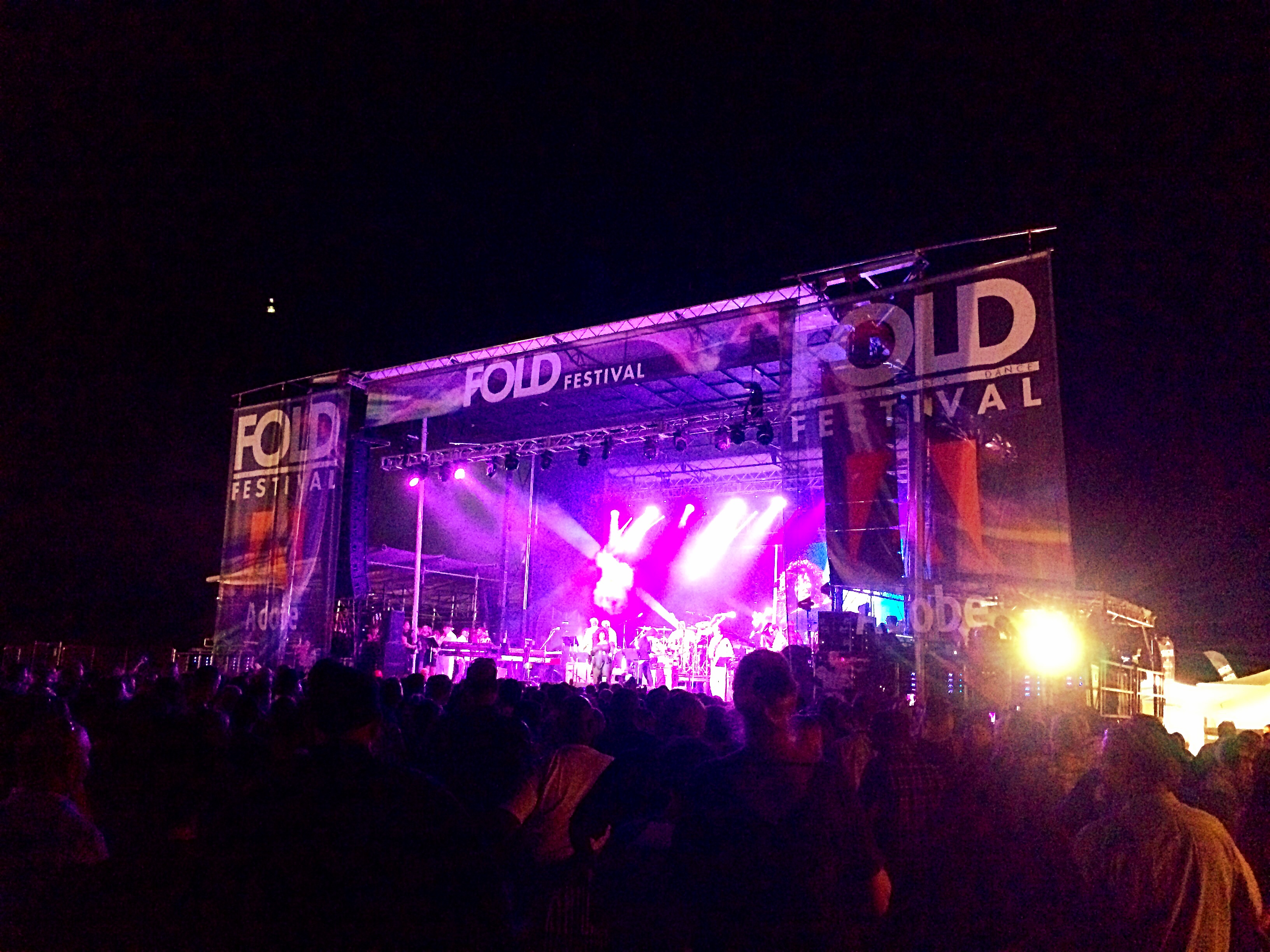 While every burgeoning business has it’s fair share of hiccups, the FOLD Festival in Riverhead, NY weathered a series of natural and man-made challenges to attract 3,000+ attendees each night during their first, ever, summer music concerts. What they hope will be the maiden voyage of an annual event, the August 4/5 talent and crowd energy was of Herculean proportion.

Despite his 40+ years of musical accomplishments, writing, producing, and playing on such timeless hits as Madonna‘s ‘Like A Virgin’, David Bowie‘s ‘Let’s Dance’, Duran Duran‘s ‘Notorious’ and ‘I’m coming Out’ and ‘Upside Down’ by Diana Ross, a humble  Nile Rodgers took the mic at the mainstage last night and said, “I know I dream big and I think big, and I probably overbooked it because we only have a few minutes each to play, because we have a curfew here.” And then added that FOLD ’16 will take place on a Friday, Saturday and Sunday.

From funky disco classics to contemporary pop hits, and from classy wine tasting to an inordinately hospitable staff, FOLD’s inaugural year was a slam-dunk.