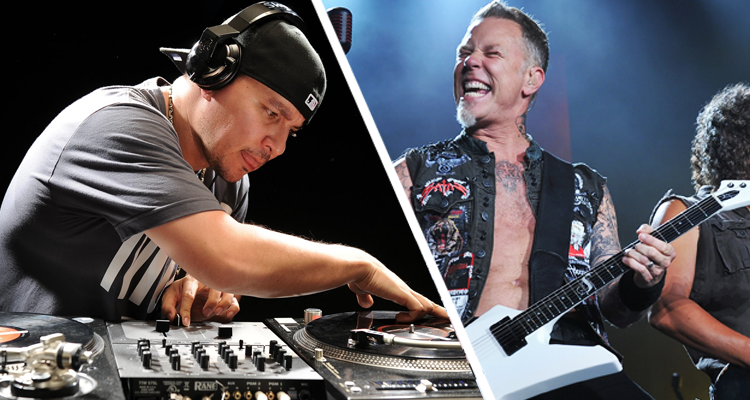 Former Beastie Boys DJ Mix Master Mike will be hitting the road with Metallica as the tour DJ for their Worldwired Tour.  He joins the tour’s opening acts, which include Avenged Sevenfold, Volbeat and Gojira.

The iconic rock band said in a statement he’d be “spinning some of your favorite (and ours!) hard rock and metal tracks throughout the evening at all of the stadium dates this summer.” They added, “You’ll be able to catch his skillful, hard-hitting scratch work once the doors open each night and between acts before we hit the stage.”

The turntablist champion himself expressed his excitement about about the tour, too. “As a longtime fan of Metallica i am truly humbled and honored for this amazing opportunity to support the greatest metal band of our generation,” he wrote in a Facebook post.

In August Skrillex opened for Metallica in Houston.