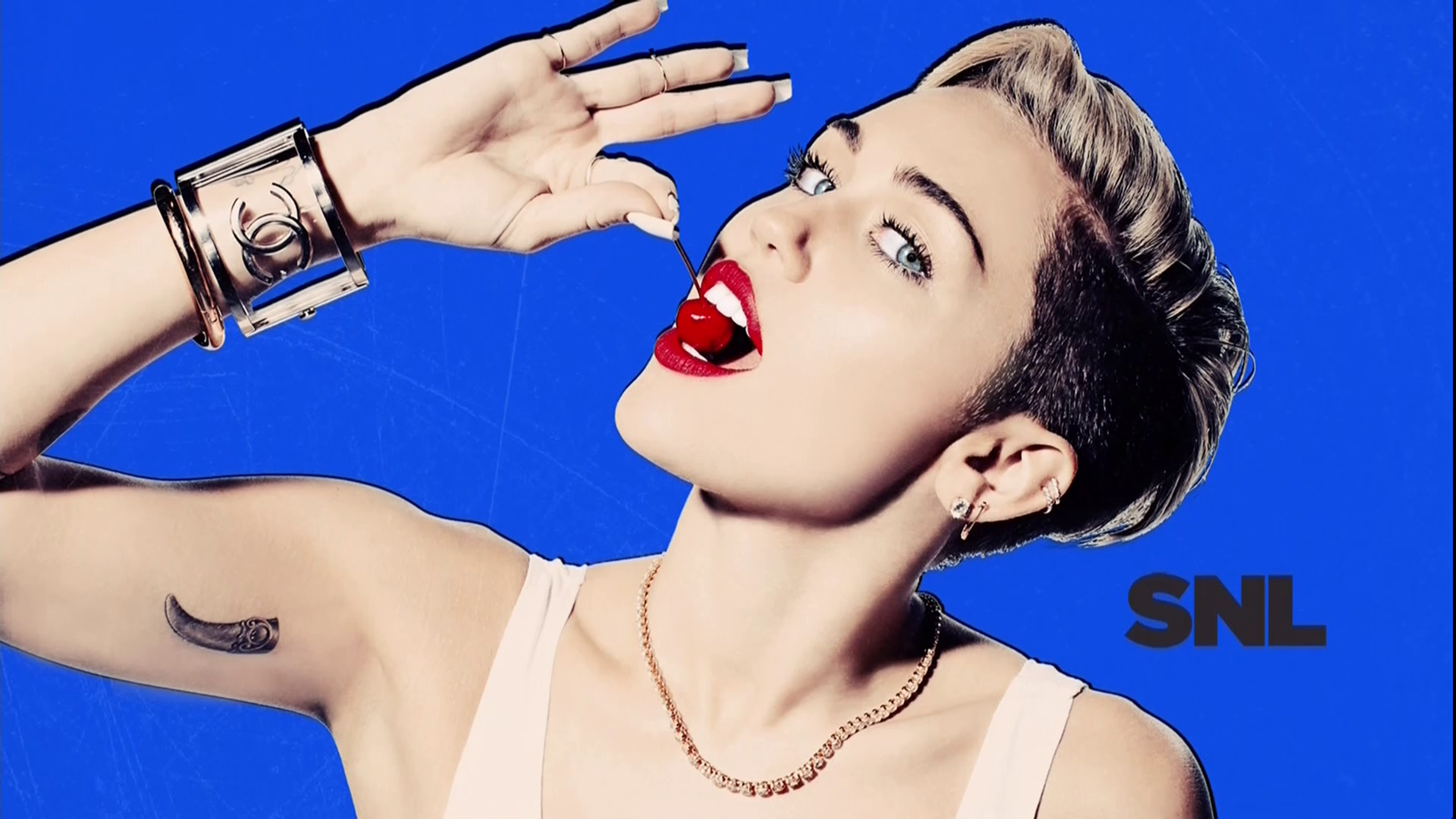 Season 41 of Saturday Night Live kicks off on October 3rd, and host and musical guest Miley Cyrus is sure to bring her eclectic VMA-esque outfits or lack thereof?

In a promotion clip for the upcoming episode, Cyrus jokes with Taran Killam that she’ll be performing, “with or without clothes, we’re not sure yet.”

Cyrus visited Jimmy Fallon’s Tonight Show on Thursday to discuss her hosting duties and her previous SNL appearance . The former Hannah Montana star said that “it was weird” performing on the SNL 40 anniversary show. “It was kind of weird. I was sitting there and was 20 feet, 15 feet from Leonardo DiCaprio sitting there with his mom and he was hitting a vap[or] pen, but it wasn’t him that was making me nervous. I was feeling this emotion because there’s like an etiquacy when we’re there, you need to pass that shit, Leo, and he never did,” she said. “So that was weird to me.”

We all remember the moment when Cyrus covered Paul Simon’s “50 Ways To Leave Your Lover” on SNL 40 and we are excited to see what she will perform this Saturday.

The singer released her 5th studio album, “Miley Cyrus & Her Dead Petz,” on August 30. It is the follow-up to her 2013 release “Bangerz.”