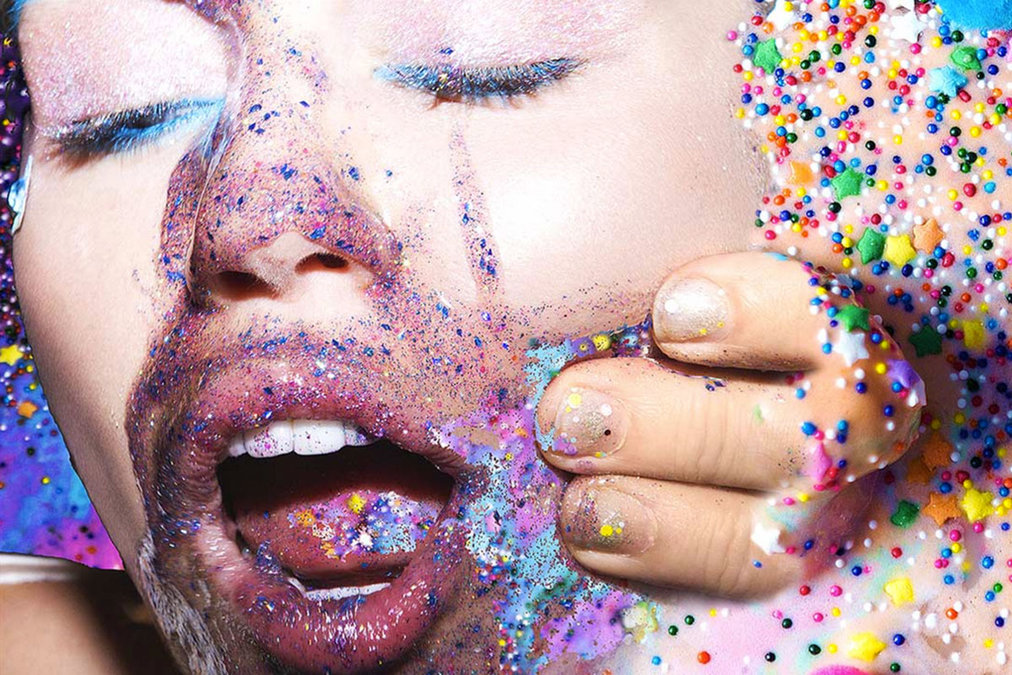 From innocent, Disney child star, Hannah Montana., to a highly controversial, drug and scantily clad twenty something,  Miley Cyrus continues to push the creative envelope. And her current focus is on her fifth studio album, Miley Cyrus & Her Dead Petz, which is released on her own independent label, ‘Smiley Miley’.

Pale in comparison to her MTV twerk performance (with Robin Thicke) and subsequent ‘Wrecking Ball’ video, Billy Ray‘s daughter’s music video for her new single, ‘Dooo It!’ consists of maple syrup, milk, sprinkles and a few other pantry items being poured in slow-motion over her face.