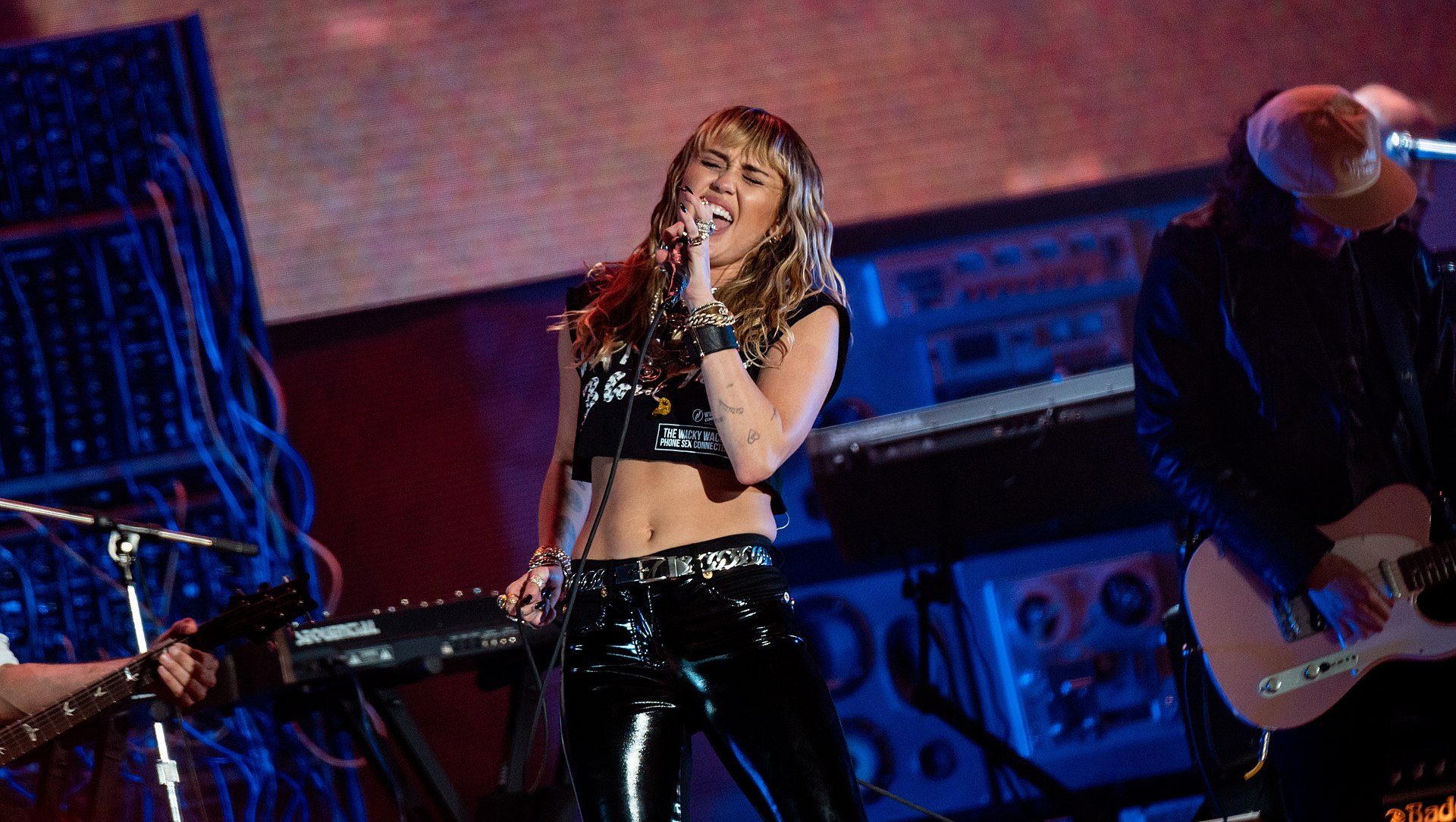 Saturday Night Live hosted their second edition of “SNL At Home” last night (April 25th) and it did not disappoint. While the sketches tackled social and political issues, the musicians’ exhibitions also showcased some severe multi-genre talent.

No stranger to the streaming life, Miley Cyrus served as the broadcast’s official musical guest, delivering a stripped-down version of Pink Floyd’s “Wish You Were Here” with producer Andrew Watt accompanying her on the acoustic guitar. It seems that covers have been SNL’s sweet spot as the 27-year-old pop star follows the show’s previous performer – Coldplay’s Chris Martin – who did a take on Bob Dylan’s classic “Shelter From the Storm” during SNL‘s first at-home special on April 11th. Check out Cyrus’ exhibition here.

Latin Trap sensation Bad Bunny also beamed in with a cameo performance during SNL‘s Kenan Thompson kitchen broadcast as he impersonated Boston Red Sox baseball player David “Big Papi” Ortiz. Bunny acted as a seller of “big ass pots” for cooking and sweatpants to wear while quarantined at home. While DJ Khaled made a short appearance on the show, he was still able to squeeze in a proper “Another One” during a new iteration of the long-running skit “What Up With That,” hosted by Thompson’s soulful Diondre Cole. See below.