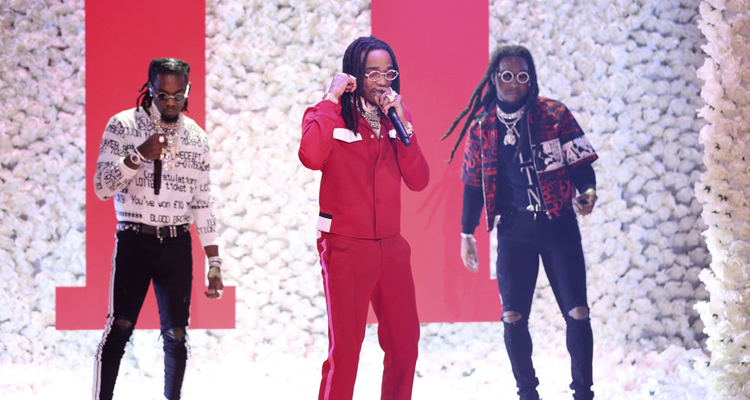 A pair of new lawsuits allege that rap trio Migos started a riot at a concert in Albany, New York back in March 2015, The Alt and TMZ reports.

One suit, filed by the parent company of the venue (Washington Avenue Armory), says the group’s “reckless” on-stage behavior caused patrons to be “stabbed, robbed, and beaten.” It also alleges they stoked unrest by failing to attend a meet-and-greet.

The actions of the defendants caused patrons to be stabbed, robbed, beaten, severely harmed, and injured as the defendants continued to incite a select group of individuals to continue the onslaught of attacks, assaults, and destruction of the premises. Despite the severity of the incident the defendants were seen laughing and egging the crowd on as metal gates were ripped from the ground and thrown into the crowd.

In addition, concertgoer Sharome Ross filed a suit against the Migos and also the venue, claiming to have suffered “severe personal injuries to his face, head, left shoulder and eyes.” Back in 2015, TMZ published footage from the concert. Watch below.