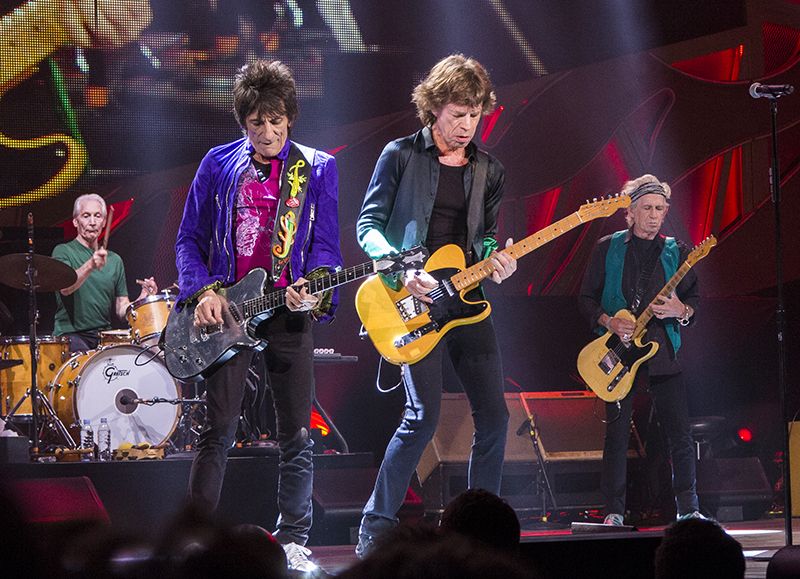 Mick Jagger, Sia + More Urge Politicians To Request Permission To Use Their Music

With many a musician voicing their opinion about political campaigns using their music without permission, there’s a growing movement, headed by the Artist Rights Alliance, that is demanding politicians on both sides of the aisle get clearance on repertoire they feature at their events and in advertisements.

“We’ve seen so many artists and estates dragged into politics against their will and forced to take aggressive action to prohibit the use of their music – usually songs that are broadcast during political rallies or used in campaign ads. It can confuse and disappoint fans and even undermine an artists’ long-term income – and mostly, it’s just not right,” explains the ARA in a statement. Signees have requested the parties respond by August 10th on how they plan to “accomplish these changes.” Read the whole statement below.

As artists, activists, and citizens, we ask you to pledge that all candidates you support will seek consent from featured recording artists and songwriters before using their music in campaign and political settings. This is the only way to effectively protect your candidates from legal risk, unnecessary public controversy, and the moral quagmire that comes from falsely claiming or implying an artist’s support or distorting an artists’ expression in such a high stakes public way.

This is not a new problem. Or a partisan one. Every election cycle brings stories of artists and songwriters frustrated to find their work being used in settings that suggest endorsement or support of political candidates without their permission or consent.

Being dragged unwillingly into politics in this way can compromise an artist’s personal values while disappointing and alienating fans – with great moral and economic cost. For artists that do choose to engage politically in campaigns or other contexts, this kind of unauthorized public use confuses their message and undermines their effectiveness. Music tells powerful stories and drives emotional connection and engagement – that’s why campaigns use it, after all! But doing so without permission siphons away that value.

The legal risks are clear. Campaign uses of music can violate federal and (in some cases) state copyrights in both sound recordings and musical compositions. Depending on the technology used to copy and broadcast these works, multiple exclusive copyrights, including both performance and reproduction, could be infringed. In addition, these uses impact creators’ rights of publicity and branding, potentially creating exposure for trademark infringement, dilution, or tarnishment under the Lanham Act and giving rise to claims for false endorsement, conversion, and other common law and statutory torts. When campaign commercials or advertisements are involved, a whole additional host of rules and regulations regarding campaign fundraising (including undisclosed and potentially unlawful “in-kind” contributions), finance, and communications could also potentially be breached.

More importantly, falsely implying support or endorsement from an artist or songwriter is dishonest and immoral. It undermines the campaign process, confuses the voting public, and ultimately distorts elections. It should be anathema to any honest candidate to play off this kind of uncertainty or falsely leave the impression of an artist’s or songwriter’s support.

Like all other citizens, artists have the fundamental right to control their work and make free choices regarding their political expression and participation. Using their work for political purposes without their consent fundamentally breaches those rights – an invasion of the most hallowed, even sacred personal interests.

No politician benefits from forcing a popular artist to publicly disown and reject them. Yet these unnecessary controversies inevitably draw even the most reluctant or apolitical artists off the sidelines, compelling them to explain the ways they disagree with candidates wrongfully using their music. And on social media and in the culture at large, it’s the politicians that typically end up on the wrong side of those stories.

For all these reasons, we urge you to establish clear policies requiring campaigns supported by your committees to seek the consent of featured recording artists, songwriters, and copyright owners before publicly using their music in a political or campaign setting. Funding, logistical support, and participation in committee programs, operations, and events should be contingent on this pledge, and its terms should be clearly stated in writing in your bylaws, operating guidelines, campaign manuals, or where you establish any other relevant rules, requirements, or conditions of support.

Please let us know by August 10th how you plan to accomplish these changes.