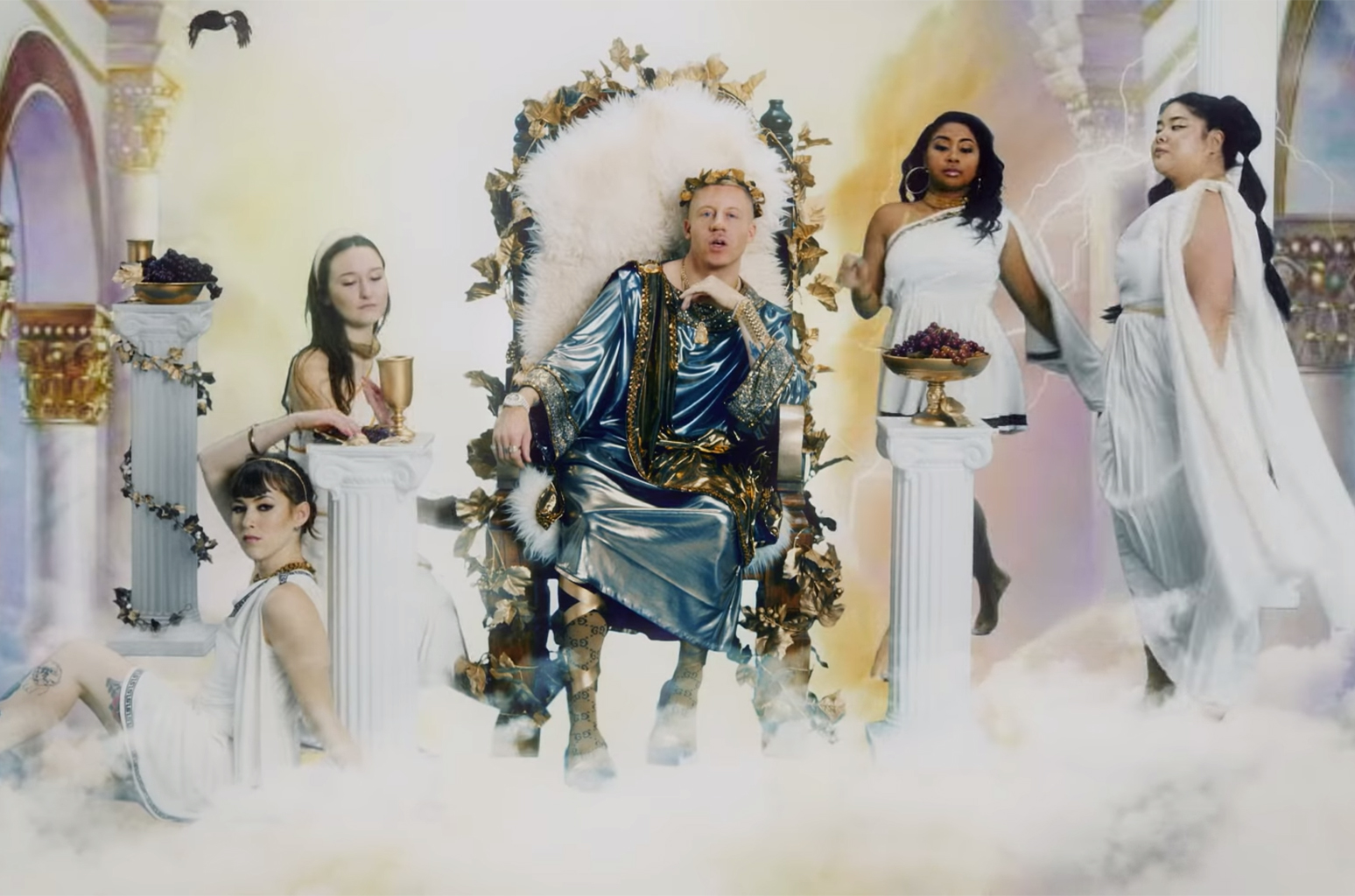 Macklemore Drops Trippy ‘How To Play The Flute’ Video

Macklemore is breathing life back into a track off of his 2017 album Gemini with a surreal depiction of “How to Play the Flute.”

The psychedelic visual, released Wednesday (July 18th), features cameos from Louisiana-bred rapper King Draino, along with an appearance by Mack’s own daughter.

The Seattle-born rapper’s clip jumps quickly from scene to scene. Within the first minute, three different groups of angels are shown floating above the clouds of heaven. Draino takes viewers on a journey through a set of magic tricks in his newfound role as a magician. He then transports himself from an old-school prom to the beach in a matter of seconds.

The clip arrives amidst the 35-year-old’s co-headlining tour alongside Kesha. To attend a concert, tickets for The Adventures of Kesha and Macklemore Tour with stops left in Detroit, New York, Boston, Atlanta, Miami, and more can be found here.