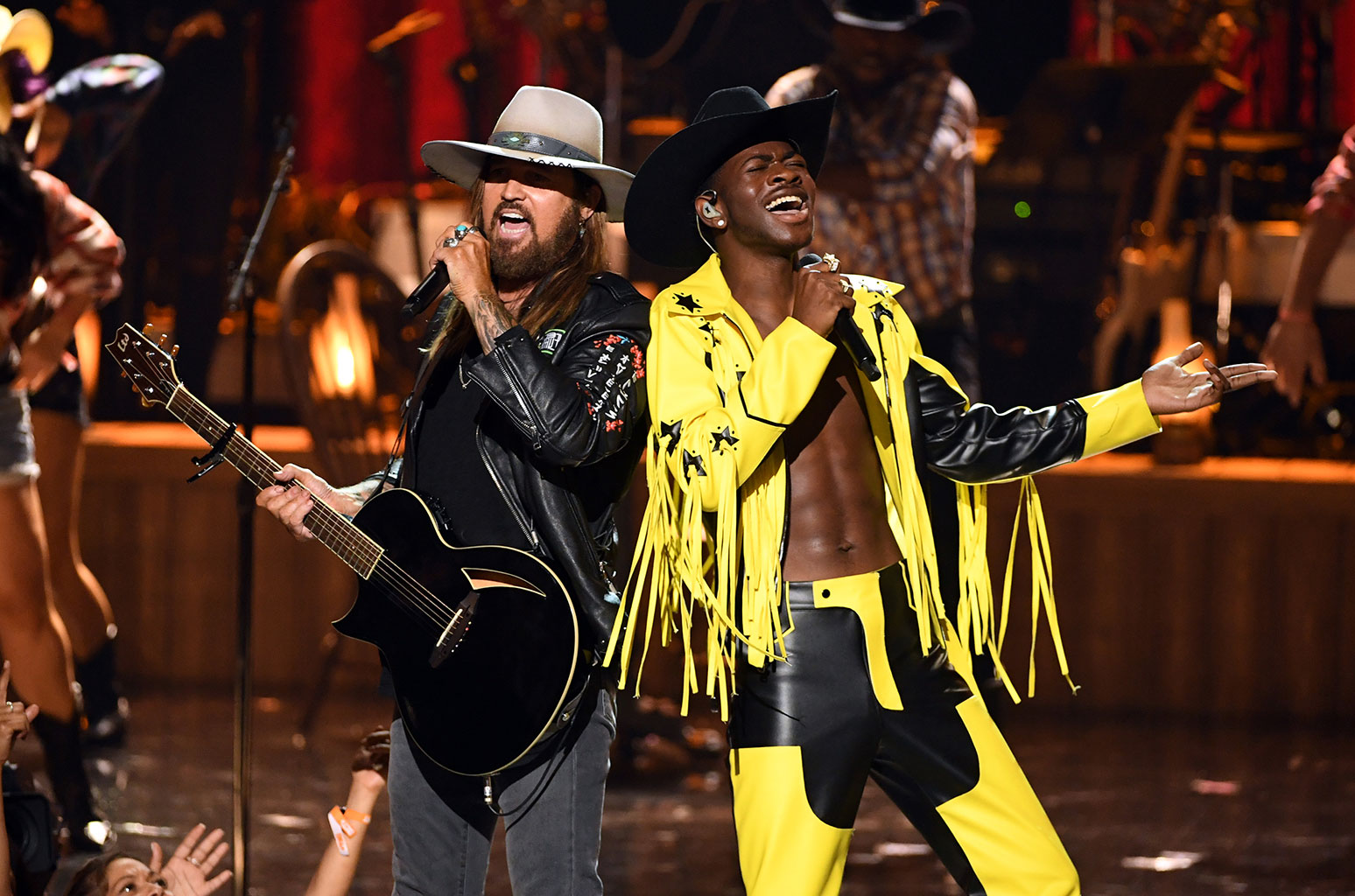 Billy Ray Cyrus seemed like an unlikely performer at the 2019 BET Awards until he took the stage and rocked a rousing rendition of “Old Town Road.”

The exhibition featured the song’s two collaborators saddling up on horseback before entering a saloon onstage. Lil Nas X, clad in a neon-yellow getup, led an absolutely rambunctious crowd in the sing-along while the elder Cyrus delivered his verse at a mic stand, giving in to a few cowboy boot kicks as dancers strutted around him. Check out the live viewing of 2019’s hottest track with the video below.

“Old Town Road” has spent 11 weeks at the top of the Billboard Hot 100 chart, making it the longest-running No. 1 hit of 2019. Its music video, featuring Lil Nas X and Cyrus’ remix of the song, has garnered 164 million views on YouTube. The fresh-faced lyricist released his first EP, 7, on Friday, including the new single “Panini” as well as the Cardi B collaboration “Rodeo.”