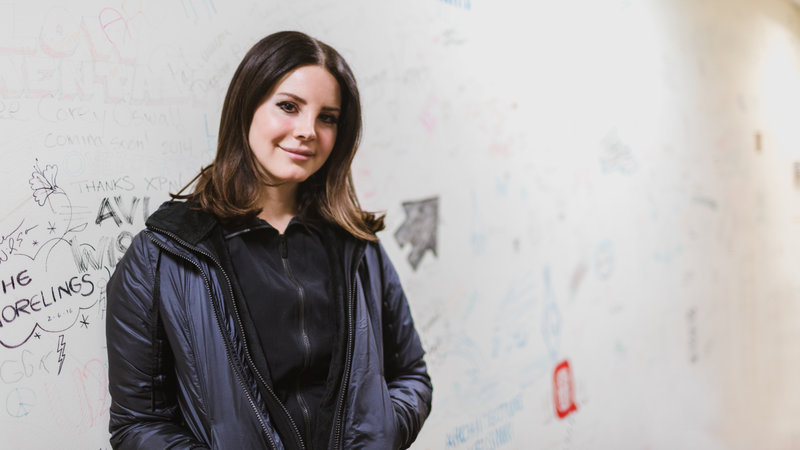 The song, “Venice Bitch,” starts with Lana singing simply over a lightly-plucked guitar and a small orchestral accompaniment. Over the course of the nine-minute and forty second-long track, more vocals and instruments are added to create multiple crescendos over the chorus, “Oh God, miss you on my lips/It’s me, your little Venice bitch/On the stoop with the neighborhood kids/Callin’ out, bang bang, kiss kiss.”

The accompanying video for the Interscope-released single features looped footage of the view out the back of a car interspersed with retro home video-esque clips of Del Rey spending time with her friends.

As for the new album titled Norman Fucking Rockwell, during a conversation with Zane Lowe on Beats 1 Radio, Lana said that the album’s title drew inspiration from her studio sessions with producer Jack Antonoff. “Working with Jack [Antonoff], I was in a little bit of a lighter mood because he was so funny,” Lana said. “So the title track is called “‘Norman Fucking Rockwell'” and it’s kind of about this guy who is such a genius artist but he thinks he’s the shit and he knows it and he like won’t shut up talking about it.” As of now, there is no official release date.