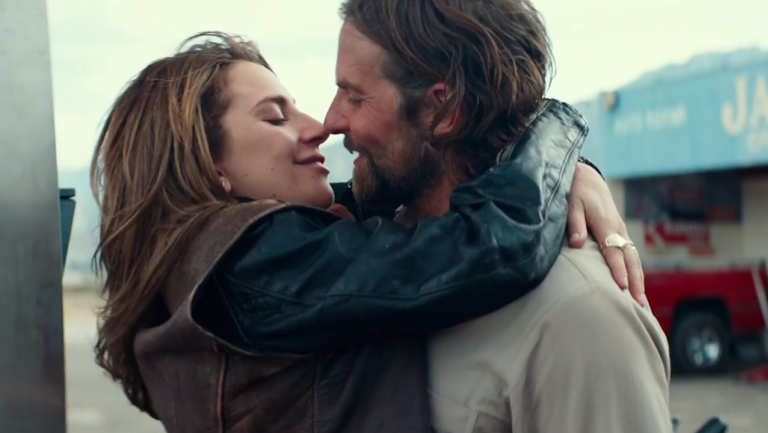 Bradley Cooper and Lady Gaga‘s real chemistry is on full display in the modern remake of A Star Is Born, debuting in theaters on October 5th. The two play artists who meet and fall in love – Cooper as Jackson Maine, a rock star fighting an alcohol and drug addiction, and Gaga as Ally, a struggling singer.

Gaga and Cooper say they knew they had chemistry from the moment they met. “The second that I saw him, I was like, ‘Have I known you my whole life?'” Gaga told Vogue. “It was an instant connection, instant understanding of one another.” When Cooper first met Gaga, he described his reaction, “She came down the stairs and we went out to her patio and I saw her eyes, and honestly, it clicked and I went, ‘Wow.'”

Watch the trailer for the upcoming Warner Brothers produced movie below.

The classic film has been remade four times, with Janet Gaynor (1937), Judy Garland (1954), Barbra Streisand (1976), and now Lady Gaga in Bradley Cooper’s directing debut.
Keep up with the latest trending music news by following us on Facebook, Twitter, and Instagram.