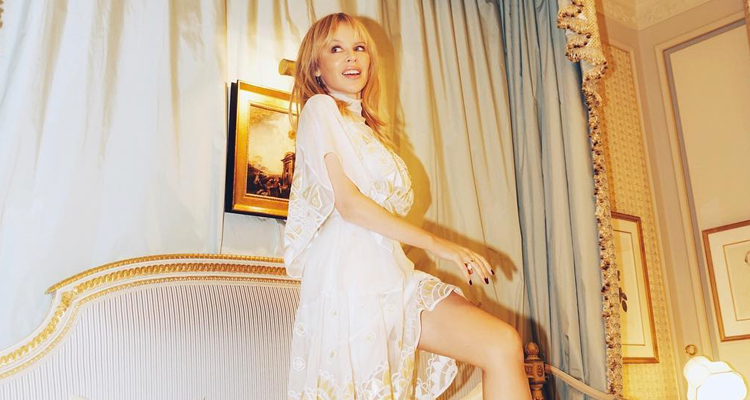 Kylie Minogue has returned with a new single “Dancing.” The uplifting dance track appears on her forthcoming 14th studio album Golden, which is out April 6 via BMG. Hear “Dancing” below.

The Australian-singer recorded her latest album in Nashville, which gave it a “country feel,” according to a press release.

‘I promised my fans that I would be putting my heart and soul into this record, and I stayed true to my word,” Minogue previously said of Golden. “I was able to do that, which was challenging and fun and rewarding and it’s ended up with a different direction for sure. But essentially I’d still say it’s very much a Kylie record.”

Golden is available to preorder now in a variety of formats and special editions, including gold Golden cassettes, picture disc vinyl and a “Super Deluxe Edition” packed with bonus tracks. Each is accompanied by an instant download of “Dancing.” Check out the track list below.