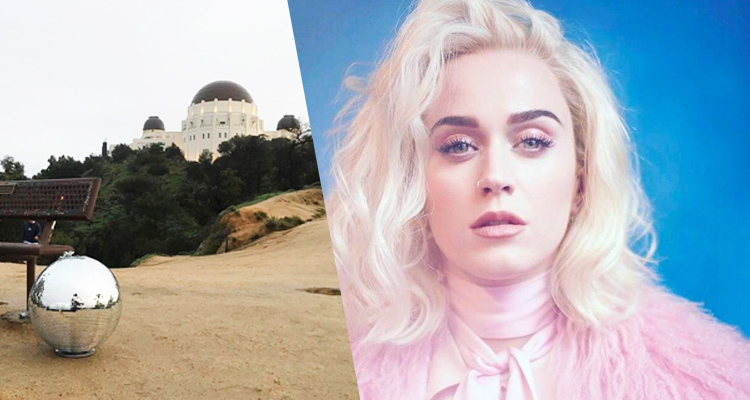 Yesterday, Katy Perry teased a new song on Instagram, which she indicated will come out this Friday, February 10. The short video showed a disco ball chained to a heel with a bright pop-trop track playing in the background. “Why are we all so chained…,” the 32-year-old singer captioned the clip.

Why are we all so chained… #FRIDAYTHE10TH

Today, she’s revealed that the song is now available around the world. The catch? You have to find one of her disco balls.

“Chained to the Rhythm,” is playing via disco balls placed at various locations around the globe. You can find a map of the disco ball locations here, bring headphones, plug them in, and listen.

Leave your bubble (and bring your headphones): https://t.co/rvwWsTmQHi

Check out pictures of some of the disco balls found below.

Just listened to the new @katyperry tune. #ChainedToTheRhythm is a total banger! 👏💅👌 pic.twitter.com/5HSZd62kNH

Katy Perry is among the many performers at this year’s Grammy Awards. Other performers include Chance the Rapper, Adele, and Lady Gaga with Metallica.