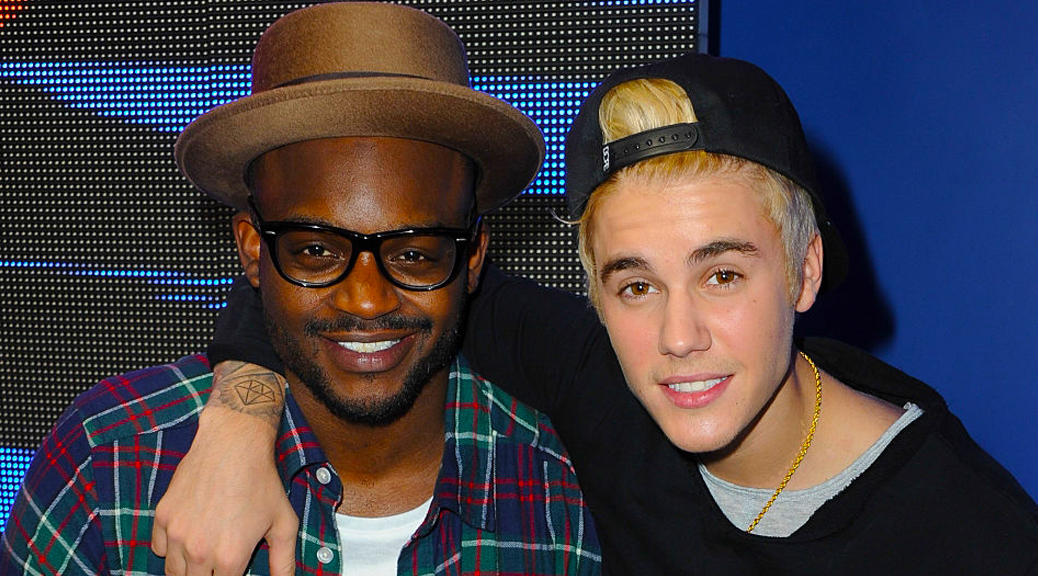 We’ve seen Justin Bieber’s career evolve since the very first YouTube video his manager, Scooter Braun, clicked on in 2007. Since then, Bieber has continued to surround himself with a successful team of people, whom support Bieber behind the scenes. THUMP recently spoke with Justin Bieber’s official DJ, Tay James, who’s been accompanying the megastar on stage since his first headlining show.

Baltimore native, James, DJed shows to support himself through college. He worked his way up and played gigs like the MTV special Bow Wow’s Stuntin’ 21st Birthday and Obama’s inauguration party. However, in 2009 a pivotal meeting with Bieber completely transformed his career.

How he met Bieber: “A mutual friend of mine was DJing for another artist at the time. He called my management and was like, ‘hey we need a DJ for this new artist, Justin Bieber. Do you know anyone that’s available?’”

His role as Bieber’s DJ: “When we first started off, there wasn’t a full band, or a full production. It was just me, him, and two dancers. Then, as the shows got bigger, and as the music got bigger, it became a full production and I became more of a host and a percussionist. I scratch with the band. The last tour I was also opening up for him. I would come out and DJ for like 15 minutes for the crowd to get them hyped. I was able to DJ his birthday party, too.”

The type of creative control he has: “Everything gets approved by his management. They’re really cool about everything. I was blessed to be part of the album. I got to co-produce ‘Trust,’ which is on the deluxe album. Just being able to be in the studio with him is great—to see a man like that work, it’s incredible. He’s amazing in the studio. He’s a living legend.”

Bieber’s most requested song: “Young Thug, we like Young Thug. He loves Lil Wayne. We love Future. We love Drake, whatever’s hot in the club. ‘Sorry‘ is the number one record right now. I love ‘Sorry’ so much; everyone loves ‘Sorry’: from my grandparents to my little niece. It’s dope to be able to play your boy’s music in the club.”

On Bieber’s evolution: “He’s been an icon since he came out, so I haven’t really seen a big change in him. Growing up and being a celebrity, it is what it is, but Justin Bieber’s always been able to do everything. He’s Superman in my eyes.”

Check out the full story on THUMP.