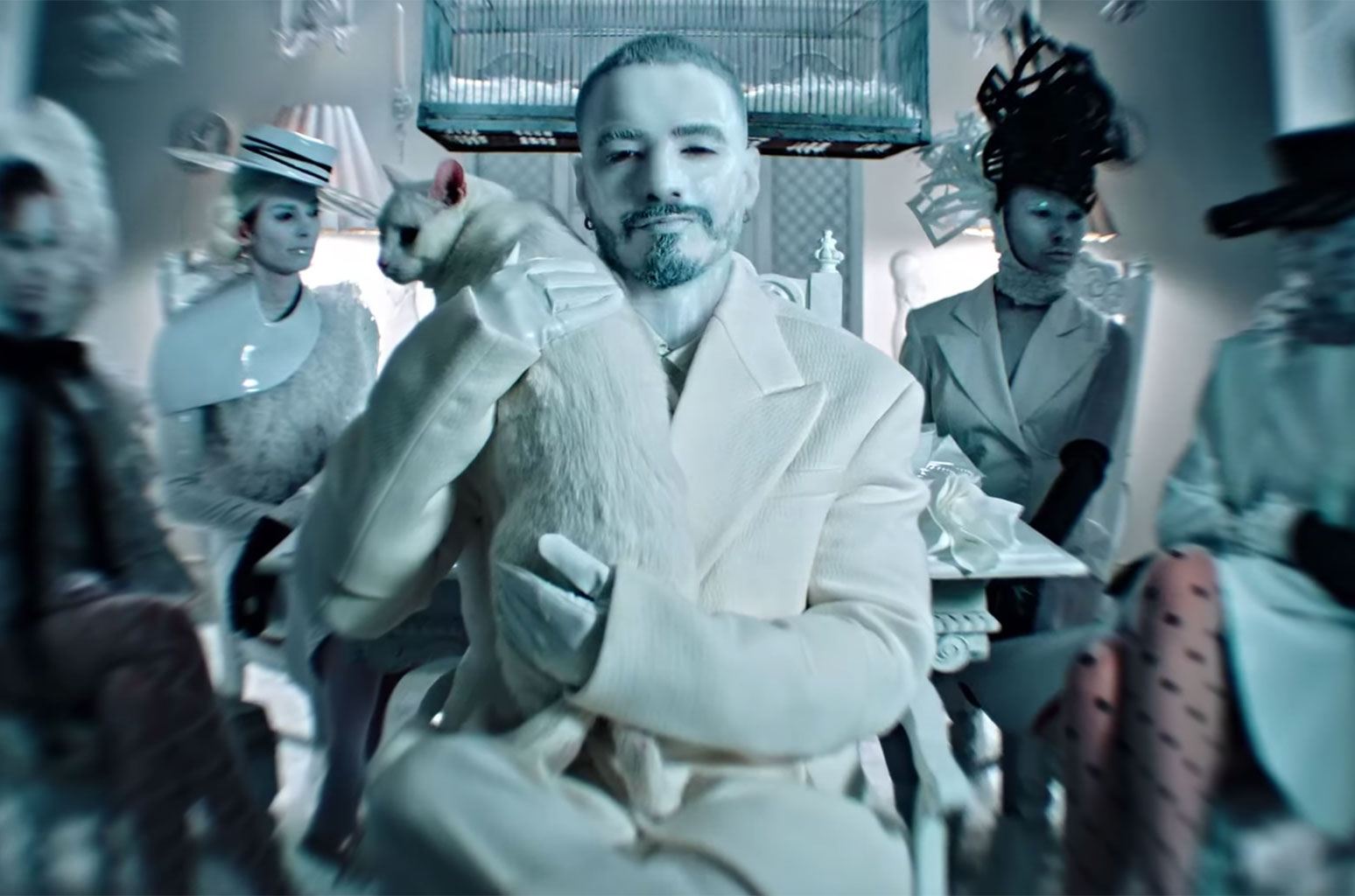 He had previously teased his fans with a 15-second clip two days prior to the drop, using a happy face and world emoji as well as tagging producer Sky Rompiendo, director Colin Tilley and Boy in the Castle Productions.

The visual titled “Blanco,” officially and appropriately translating to “white,” begins with a rainbow booklet called “Colors of J Balvin” being flipped through before it stops on a blank page. “I’ll eat you without a beat, a capella, slowly because the night awaits,” he sings in the opening verse. “Here’s your Medellin boy,” the Colombian star also says in Spanish as a dance-heavy urban melody with deep percussion plays in the background.

The all-white scenery is accompanied by trippy dancers, Balvin rocking a white hairdo and outfit, and a white flying cat, paying homage to the song’s title. Check out the exciting clip below.