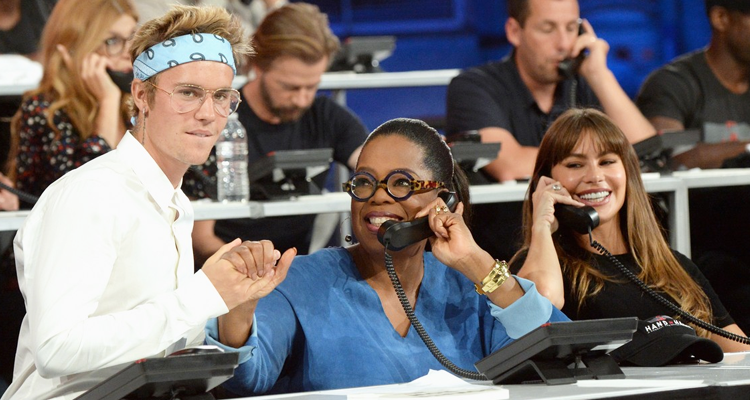 The “Hand in Hand” telethon for hurricane relief on Tuesday night raised more than $44 million in total to benefit the victims of Hurricane Harvey and Hurricane Irma.

The star-studded benefit raised more than $14.5 million during the hour-long televised event. And it drew in more than $44 million in total, according to CBS News.

The telethon’s participants included a illustrious list of talent spanning from music to movies including Beyoncé, George Clooney, Julia Roberts, Justin Bieber, Oprah, Will Smith, Barbara Streisand and Oprah Winfrey, featuring performances by Stevie Wonder and George Strait, among others.

Stevie Wonder kicked off the one-hour commercial-free special with a performance of “Lean On Me.” Wonder strongly encouraged people who don’t believe in climate change to open their eyes.

“Anyone who believes there’s no such thing as global warming must be blind or unintelligent,” he said on Tuesday evening at the “Hand in Hand” telethon for hurricane relief.

“When love goes into action, it preferences no color of skin, no ethnicity, no religious beliefs, no sexual preferences and no political persuasions,” he said. “It just loves.”

Stevie Wonder has kicked off the hurricane relief telethon in the US. #TMS7 pic.twitter.com/yjCvAZQwJF