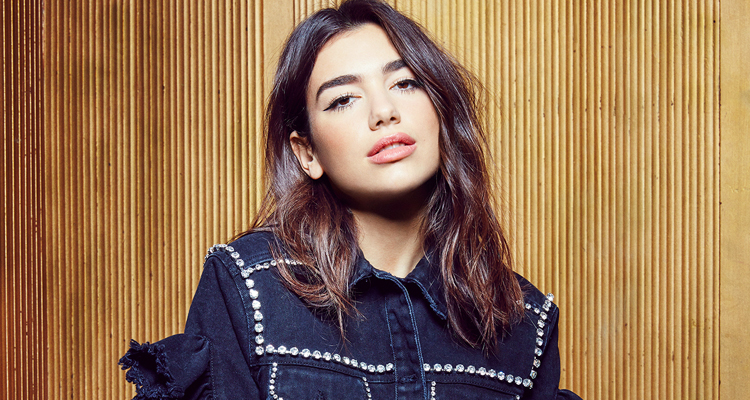 In the thick of her very first North American tour, and debut studio album, slated for release this June, 21-year old Dua Lipa is already on everyone’s radar.

The British singer-songwriter scored her first solo Billboard Dance Club Songs No. 1 with “Blow Your Mind (Mwah)” in January and fans can’t get enough of her of larger-than-life personality.

Dua’s follow up single, “Be The One” is already climbing the charts worldwide, hitting top 10 in over 15 countries.

Watch Dua Lipa’s “Be The One” video featuring Ansel Elgort below.

Earlier this month Dua Lipa brought her tour to a sold out Irving Plaza in New York City, where she greeted the crowd saying, “New York, go f—ing crazy with me,” and they did.

The young powerhouse rocked the stage before becoming so overwhelmed by her fans that at one point that she forgot the lyrics to a song. And she stopped the band and started over, having the audience sing the verse for her instead.

“I honestly can’t believe it, thank you so much. I just need a moment to take this in,” Dua told Irving Plaza.

After her show, PRO MOTION had the chance to chat with Dua Lipa about her new album, inspirations, obsession with hiphop, and struggle with body image.

“Personally I’m learning to love myself everyday, but I’m here to help anyone that’s dealing with the same thing. I’ve been there, I know what it feels like not to be good enough, but you are, and if you ever feel like you’re not, I’m here to tell you, you are,” she said.