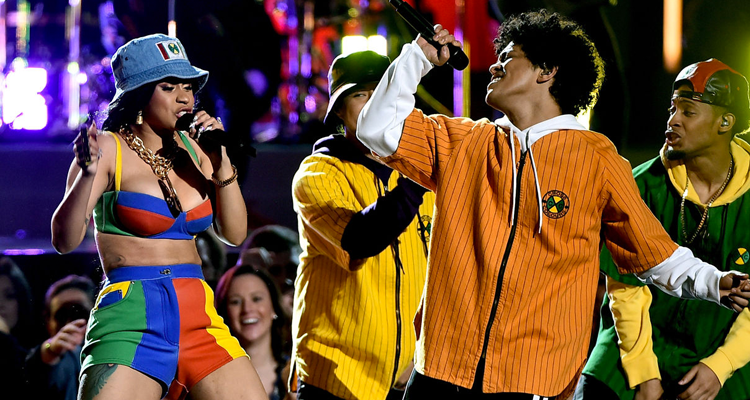 The collab sees herculean support from the dance community with remixes by Alphalove, James Hype, and Pink Panda, among others. Hear Pink Panda’s remix below.

Mars has had a highly successful run with his latest album 24K Magic, earning Song of the Year (“That’s What I Like”), Record of the Year (“24K Magic”) and Album of the Year (24K Magic) at this year’s Grammys.

He will take one last victory lap for his Grammy-sweeping 24K Magic when the singer hits the road for the “finale” leg of his 24K Magic World Tour, with Mars’ “Finesse (Remix)” partner Cardi along as special guest.

“Annndddd…what if I told u imma bring my lil sis @iamcardib on tour so we can really turn your city upside down! Make this finale a party,” Mars teased on Twitter Thursday, with Cardi B responding on Instagram, “Mhhhhhhmmm. That sounds like a great idea.”