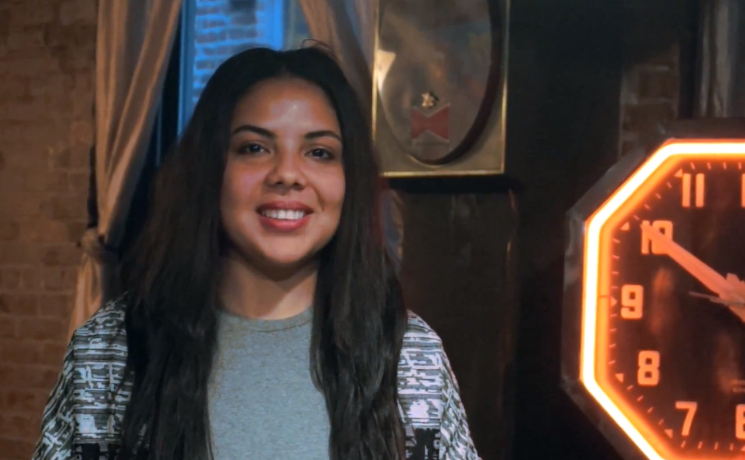 Earlier this week Mapei sat down with us to share her intriguing background.

Born in Providence, Rhode Island, at the age of 10 the soon-to-be singer/songwriter moved with her family to Sweden. Of Liberian decent, Mapei experienced her share of racial discrimination while growing up in Sweden, before returning to the United States when she was 18. And, there’s little doubt, that her trials and tribulations during her teenage years have helped shape her music.

Released in 2009, Mapei’s debut rap EP got her noticed by dancehall legends Major Lazer (aka Diplo and Switch), who asked her sing on ‘Mary Jane’, the American act’s first album “Guns Don’t Kill People … Lazers Do“. Subsequently, she joined forces with French electronic act Justice but ended up scrapping an entire album’s worth of work because she was unhappy with the result which led her to travel the world.

Upon Mapei’s return to Sweden she started working with writer Magnus Lidehäll (Kylie Minogue, Katy Perry, Britney Spears) and who also produced her debut album, due out this summer. Her musical taste is vast, describing herself as a fan of Madonna, Nirvana and Kendrick Lamar, and influenced by Bob Marley, Lauryn Hill and Michael Jackson.