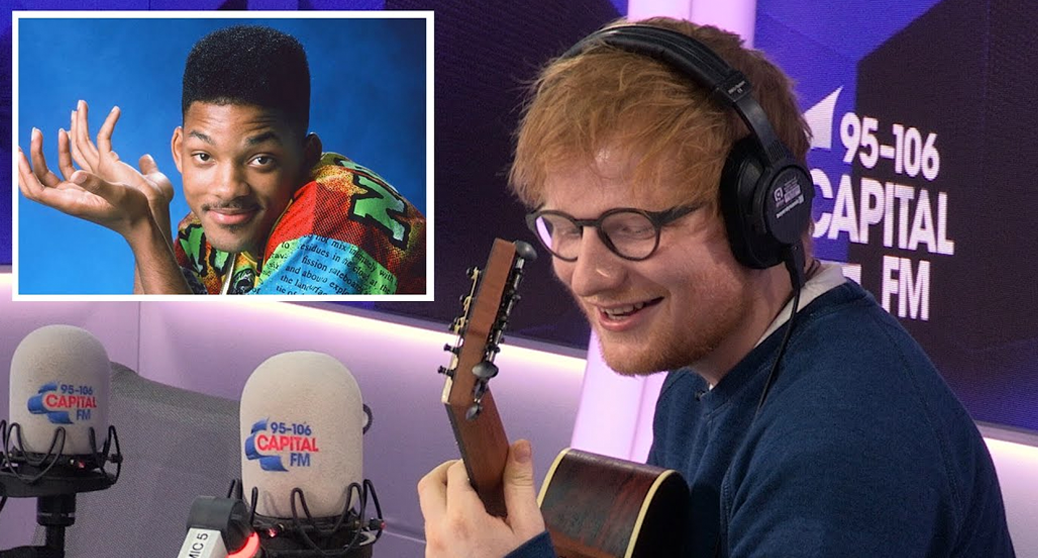 Ed Sheeran covered the theme song to The Fresh Prince of Bel-Air and I never knew how much I needed it in my life.

During a recent appearance on Capital FM’s Evening Show with Roman Kemp, Sheeran got a request to cover the iconic show’s theme song by a fan. “It’s your call mate, you don’t have to do it, if you don’t want to do it,” Kemp says in the clip.

But how can he say no to the most memorable ’90s TV theme song?

He was on it (not to mention his Fresh Prince tattoo on his arm, just saying) and killed it. Sheeran’s comforting rap vocals paired with strums on his guitar was to DIE for.

Who knew a rap jam can sound just as good as an acoustic cover?

Ed Sheeran will be releasing his third studio album Divide on March 3rd. His newly released singles “Castle” and “Shape of You” both debuted on the Billboard + Twitter Trending 140 last week.