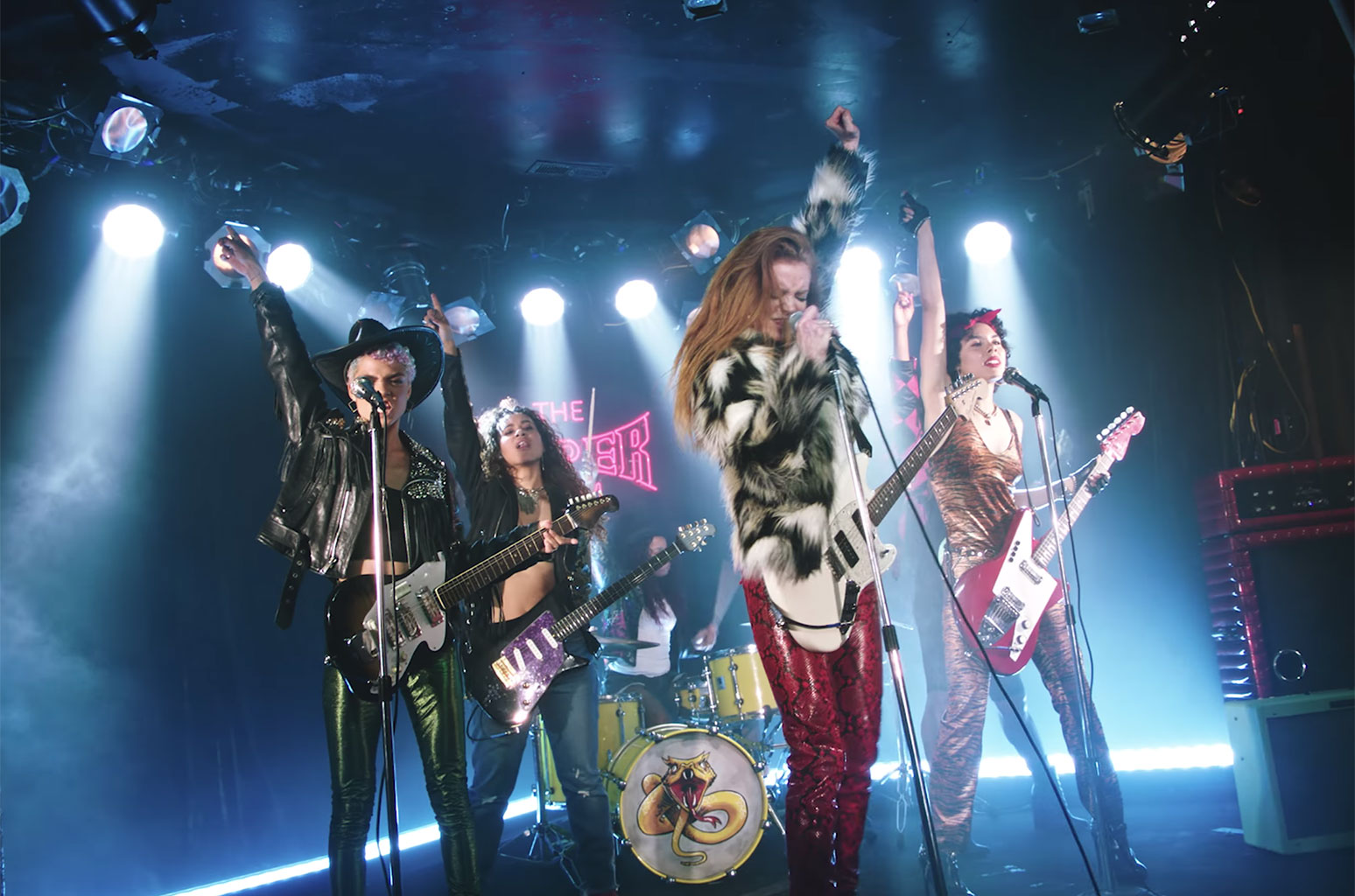 “Blow” is the hardest rocking tune fans have ever heard from Ed Sheeran. So it makes perfect sense that the high-energy video for the track from the singer’s upcoming No. 6 Collaborations Project is as exciting as the Warner Music-released song itself.

While collaborator Bruno Mars was tapped to direct the visual, the trio of Sheeran, Mars and country star Chris Stapleton are nowhere to be found as they’re replaced by an all-female band, with three lead singers who take on their respective parts with furious energy. The UK native is played by former America’s Next Top Model contestant Cherish Waters, who gets the rambunctious crowd whipped up into a frenzy, while black cowboy hat-wearing model/actress Jordan Kelly DeBarge channels Stapleton’s essence and Just Add Magic star Cheyenne Haynes takes on Mars’ role.

“Blow,” also produced by the “Finesse” lyricist, is the fifth song Sheeran has released from the collaborative album due out on July 12th. Watch it’s electrifying clip below.