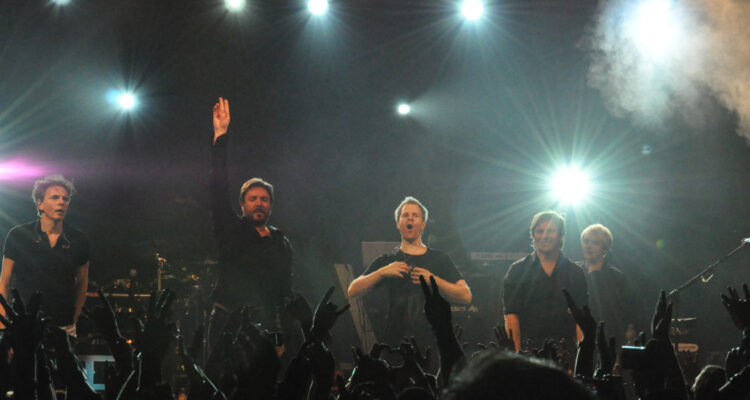 Produced by Duran Duran and Erol Alkan, the accompanying video features Huxley, an artificial intelligence machine that developed the music video for the single.

Nick Rhodes, co-founder and keyboardist of Duran Duran, said, “Sonic architecture has always been incredibly important to Duran Duran… I believe that with ‘Invisible,’ we were able to carve the sculpture exactly how we wanted it. It’s an interesting piece of music in terms of sound. I believe that combining both of the instruments provides an overall tone that you could not have experienced before.”

“I was trying to persuade the guys that all we needed to do was write two or three tracks for an EP when we first went into the studio in late 2018,” stated lead singer Simon Le Bon. “I realized we’d be in it for the long haul four days later, with the nucleus of 25-plus strong songs in the can that all deserved development, but that was before Covid. So here we are in 2021, straining at the leash of our 15th studio album, Future Past. Duran Duran (for God’s sake!) with Graham Coxon, Lykke Li, Mike Garson, Erol Alkan, Mark Ronson, and Giorgio Moroder.”

“I’m not saying it’s epic,” Le Bon went on to say “but… yes, I am.” We begin with the song “Invisible,” which started as a tale about a one-sided friendship but evolved into something far larger because “a voiceless crowd isn’t backing down.” Graham’s guitar is a spear, Nick’s rhythms curl and soar, and John and Roger’s rhythm track is mountainous. For the time being, it feels perfect.”