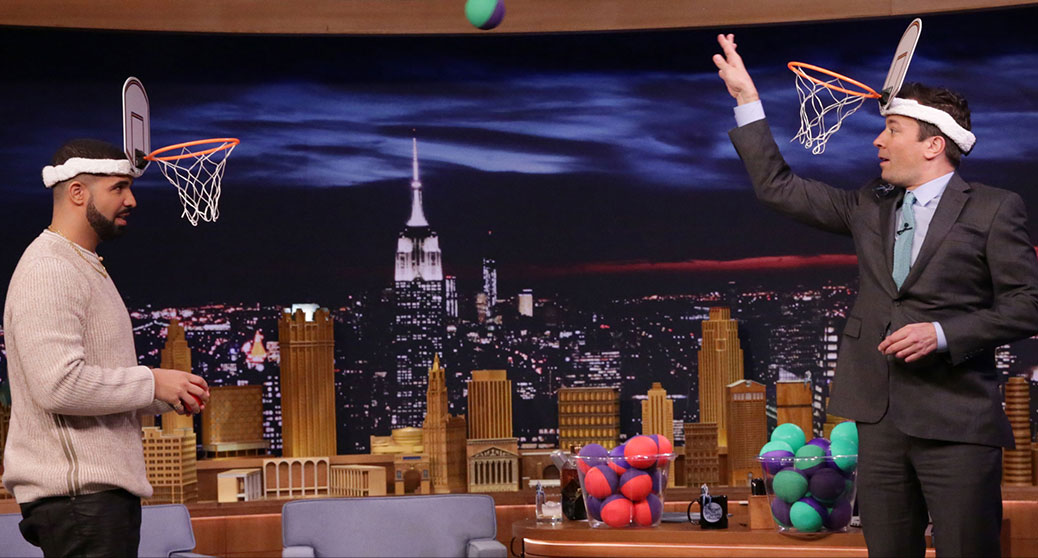 Drake’s in New York City for his guest host gig on Saturday Night Live this weekend, and he stopped by Jimmy Fallon for small talk and “Faceketball.”

While Drizzy didn’t perform any music—he’s probably saving that for his double header on SNL—he did discuss being made into a viral meme, the significance of the “6,” his parents’ influence on him, his new whiskey line, Virginia Black and of course Views. Fallon and Drake also play a game of “Faceketball,”— rapper and host both wearing mini-hoops on their head, and shooting at the other one’s from a couple yards away. Drake ended the game by slamming Fallon’s face.

Watch their friendly competition and the rest of the interview above.

In other related news, Drake’s Apple exclusivity on his latest album Views has expired, meaning it is now available on other streaming platforms including Spotify.