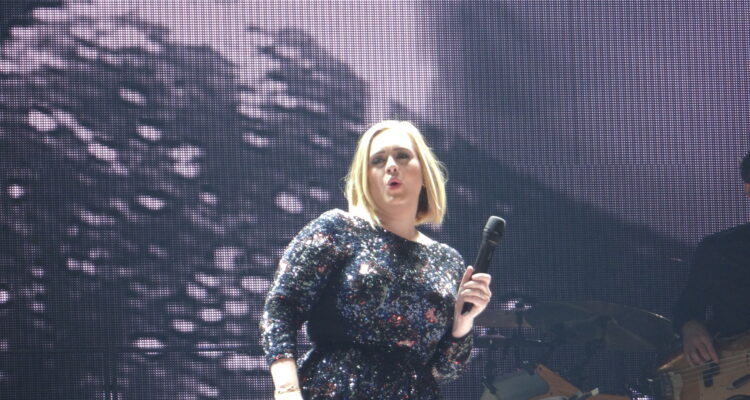 Do Mysterious ’30’ Billboards Mean Adele Is Back?

Adding to the ever increasing enthusiasm, as of today (10.01) a collection of billboards bearing the the two-digit “30” may signify new music from Adele.

Though no official word has come from the UK singer or her record label, Adele fan accounts have spotted at least two “30” billboards. Though rumors about the singer’s new music would drop Friday, nothing has thus far materialized but naming her new album 30 would follow suit to Adele’s prior pattern of titling LPs after her age, as 30 was a pivotal year for the chanteuse.

A next full length will mark Adele’s fourth album and her first in six years, following 2015’s 25 (that earned two Grammys including Album of the Year and Best Pop Vocal Album) hat came after her 2011 breakout 21, that was an immediate hit, shattering and still holding the single-week U.S. album sales record.

After touring in support of 25, Adele (born Adele Laurie Blue Adkins) has maintained a predictably low profile as she worked on her new record. Last October, however, the British-born songstress she made a surprise return to Saturday Night Live as the host (and not musical guest) where she joked during her monologue, “I know there’s been a lot of chatter about me just being the host. Like ‘Why isn’t she the musical guest?’ and stuff like that. And there’s a couple of reasons. My album’s not finished, and I’m also too scared to do both… I’d rather just put on some wigs… have a glass of wine or six and just see what happens.”

Fans continue to crave new music from Adele as the singer’s 25 deep cut, “Love in the Dark,” saw a recent surge in popularity due to people on TikTok making videos about how underrated the song is.