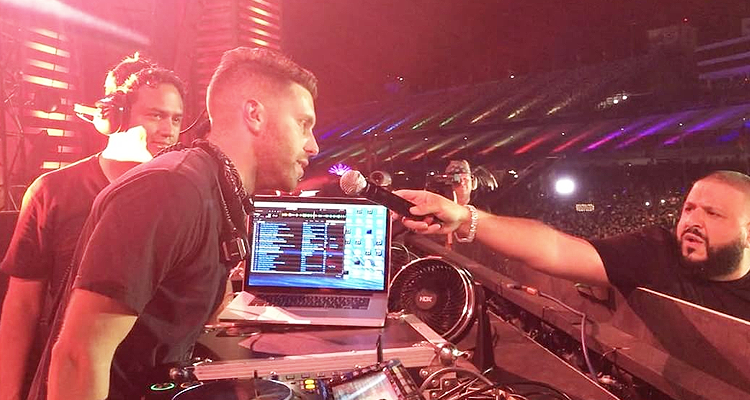 The ever-positive DJ Khaled was quite upset after his EDC set this weekend.

The half-DJ-half-hype man made some serious claims against Electric Daisy Carnival, including that the grounds crew cut his set short by keeping him off the stage for a ridiculous amount of time and that the festival’s sound system “kept breaking.”

They🚷 Tried to sabotage my sound so many times THEY couldnot get the sound right on my set and i still stood on stage wit no sound and when they got the sound to work they want cut my set short but I still rep for my people anyone else would walk off stage .. i knew my California and Vegas fans was in the building .. THEY🚷 DONT WANT US TO WIN SO WE WIN MORE FOR THERE HEAD TOP!!! It's all luv thoe .. love is the 🔑.. I forgive them … love is always the answer !

Even though Khaled was told that the system was not working correctly, he went ahead and played anyway, resulting in a set where the music kept on cutting in and out. Eventually after sharing the stage with another DJ while Khaled hyped up the crowd in front of the decks, to no avail, the social media sensation was booed off the stage.

Some people think this whole debacle was all a setup just to create more hype for the rapper’s album Grateful, which comes out this Friday, and others believe the accusations could be spot on and that EDC didn’t have their stuff together.

Seeing that it would be unusual for EDC’s system to break just for one set and the amount of time Khaled claimed he was held backstage for seems odd, I’ll lean towards this being a purposely-created problem to create hype for the album.