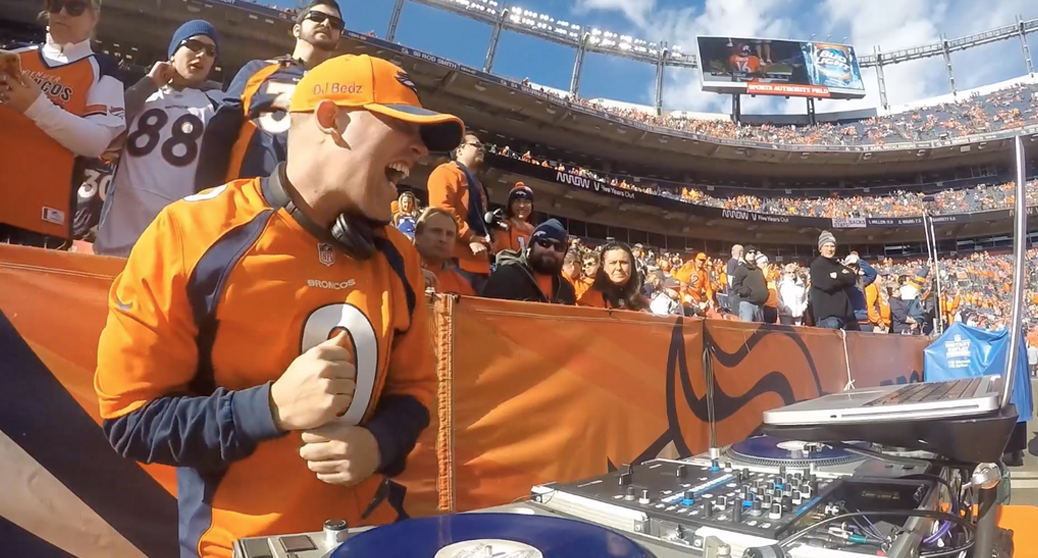 Meet The Official DJ For The Denver Broncos: DJ Bedz

The Denver Broncos take on the Carolina Panthers in Super Bowl 50 this Sunday, which presumably could be the greatest showdown to date. While Coldplay, Beyoncé, and Bruno Mars are confirmed to rock the stage during the halftime show – have you ever wondered who controls the mix of music you hear inside the massive stadium during the game?

The Denver Post has released a behind-the-scenes video on DJ Bedz, the official DJ for the Denver Broncos. The 20-year veteran DJ, takes player’s requests, old favorites, and new tunes, working to build the perfect mixtape, for every single home game.

Watch the video below as he discusses his part in the big show and reveals which player has the most eclectic musical taste.