UK production duo, Disclosure, have announced new tour dates in support of their recent album, Caracal. The tour will kick off in April in Mexico and take them to stops across North America, including appearances at Coachella, Sasquatch!, Boston Calling, and the Firefly Music Festival. Check out the full list of dates below. 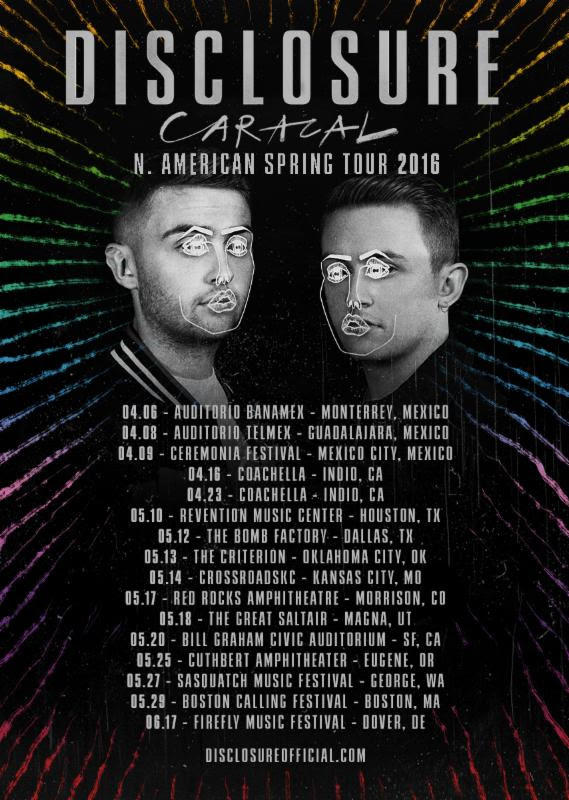